The UK government has announced it is to increase the rate of film tax relief to 25% for all qualifying expenditure, as part of its annual budget statement. 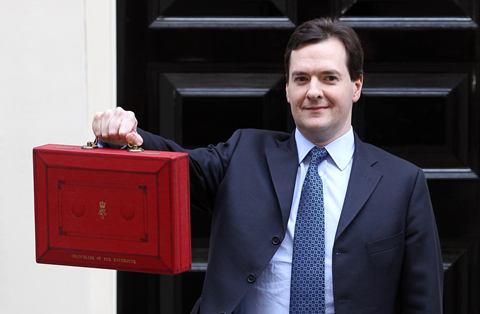 Chancellor George Osborne announced today (March 18) that the rate of film tax relief (FTR) will be increased to 25% regardless of budget level for all qualifying core expenditure, for all eligible film productions.

The measure is hoped to encourage the production of “culturally British films” in the UK. It is also hoped that moving to one rate for all expenditure will contribute toward simplifying the tax system.

There are around 200 to 300 films a year that benefit from FTR, according to the UK government.

The government has also extended the high-end television tax relief by reducing the minimum UK expenditure requirement from 25% to 10%.

The cultural test used to judge whether a film or TV show qualifies for support will also be “modernized”.

In addition, a new children’s television tax relief will be brought in from April, which will include game shows or competitions.

The government will also extend the Skills Investment Fund, providing £4m ($5.87m) to ensure that it can continue to match fund support for training and development in film, television, visual effects, video-games and animation for a further two years.

In response to today’s budget statement BFI CEO, Amanda Nevill said: “Today’s budget demonstrates the government’s continuing commitment to screen industry reliefs, which do so much to benefit the UK’s screen industries and the UK economy overall.

“This welcome support, alongside Lottery funding for talent and skills development, is vital to the ongoing growth and success of the UK’s burgeoning and world-leading creative industries.”

Adrian Wootton, CEO of the British Film Commission and Film London, said: “The UK is a creative powerhouse, and today’s enhancements can only help our screen industries go from strength to strength. Governmental support has proven invaluable, so the new Children’s Television Tax Relief is an incredibly positive step.

“Similarly, the enhancements to the high-end television, animation and film tax reliefs will make the UK an even more popular destination for international clients and potential co-producers. This, of course, will in turn help our award-winning infrastructure thrive while creating new jobs and encouraging new investment.