There’s a variety of new releases on offer in the UK this weekend, from an adult-rated puppet comedy, to Idris Elba’s directorial debut, and a Cannes award-winning Polish drama. 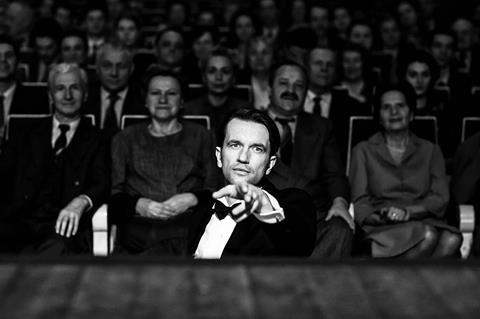 Starting with the latter, Pawel Pawlikowski’s Cold War rolls out in 63 UK cinemas via Curzon Artificial Eye from today (Aug 30).

The film scooped the best director prize for Pawlikowski at Cannes in May this year, and the filmmaker has hosted a variety of Q&A screenings in the UK prior to the official release, meaning it is already up to £48,684 to date. Cold War is also debuting on Curzon’s VoD platform Curzon Home Cinema from today.

Yardie, Idris Elba’s feature directing debut about a young Jamaican man in 70s and 80s London, is receiving a wide release via Studiocanal. It will be seen if Elba, whose credits as an actor include The Wire, Thor and Beasts Of No Nation, can transfer that success into his behind-the-camera career.

Another title receiving a wide release this weekend will be STXinternational’s The Happytime Murders. Directed by Brian Henson, the comedy stars Melissa McCarthy as a detective who teams up with a puppet to crack a case of a string of puppet murders.

The film stumbled on its US debut last week, taking a soft $9.5m over its opening weekend. STXinternational, which is still fairly new in the UK distribution game, will be hoping this side of the Atlantic can help to boost those figures.

Elsewhere, Sony Pictures is opening Aneesh Chaganty’s mystery thriller Searching, starring John Cho and Sara Sohn in the story of a girl looking for her missing father by hacking into his laptop for clues, and Universal is releasing Upgrade, the Blumhouse-produced horror.

Key holdovers include Disney’s Christopher Robin, Universal’s Mamma Mia! Here We Go Again and BlacKkKlansman, Warner Bros’ The Meg, Sony’s The Equalizer 2, Lionsgate’s The Spy Who Dumped Me, and eOne’s The Children Act.