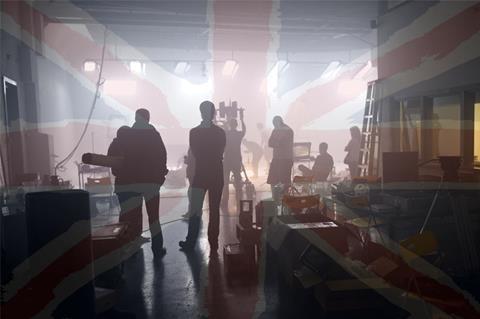 The UK’s Film and TV Production Restart Scheme has been extended until December, as part of the latest budget announced today by chancellor of the exchequer Rishi Sunak.

The scheme, which was due to end in April, has provided Covid insurance for film and TV productions since its launch in October 2020.

With a £500m fund, it has accepted 160 qualifying productions to date, and according to the government has saved 20,000 jobs.

The government has also added a further £300m to the Culture Recovery Fund, as part of a £2.6bn total in Covid-19 funding by the department for Digital, Culture, Media and Sport for 2020-2021.

The budget also provided an extension to the Coronavirus Job Retention Scheme (known as ‘furlough’), moving its end date from April to September 2021. The scheme pays 80% of employees’ wages during the time they are unable to work due to the pandemic.

In an additional change, tax returns for the years 2018-2020 are now eligible for the self-employment income support scheme, which will now cover from February through until April.

Self-employed workers who meet the criteria can claim 80% of their average monthly profits, capped at £2,500. The extension to the scheme will cover a further 600,000 people who were not eligible for the first three grants, according to the government.

The British Film Institute has been in charge of the £30m pot for independent cinemas provided by DCMS, providing £16m in grants to 202 cinemas by late December.

“We welcome the government’s support today with further funding through the Culture Recovery Fund available for independent cinemas as well as the extension to the Restart Scheme for film and television production until the end of December,” said BFI CEO Ben Roberts. “The government’s Film & TV Production Restart Scheme has already supported more than 200 productions to get back up and running, generating more than 24,000 jobs and helping the industry to generate a significant £1.19 billion uplift in spend in the final months of last year. The new flexi-job apprenticeships will offer the next generation routes into thriving industries such as our screen industries.”

There is also pressure for further government support.

“The arts won’t reopen overnight so while it is welcome that the government has listened to union calls to extend the furlough scheme, the door must be left open for further extensions for particularly hard-hit sectors like theatres, live events and cinemas,” said Philippa Childs, head of arts trade union Bectu.

“After a year of ignoring calls from Bectu and others to close the gaps in the schemes, the chancellor has finally shown some flexibility for new starters in the SEISS,” Childs continued. “I implore him to look again at the remaining huge gaps in the scheme and to finally end the exclusion and misery of thousands of freelancers in the arts and entertainment industries.”

Mike Clancy, general secretary of Bectu’s parent union Prospect, said that “while the Chancellor has plugged one hole in his support package, he has left several others gaping wide open.”

“Hundreds of thousands of self-employed and freelance workers are set to be denied the support they need to bridge the gap to the reopening of the economy,” said Clancy. “This will be a serious blow to the recovery, and a potentially devastating one to the future of self-employment in the UK.”

Caroline Norbury, CEO of the Creative Industries Federation, said it is “ welcome to see creative industries highlighted as a priority in both government’s Plan for Growth and the Levelling Up Fund, recognising that our £116bn sector is a major industry that will unlock innovation and drive the future of the UK in the months and years to come.”

However she described the lack of backing for an insurance plan for live events as “disappointing”, stating “There are also still thousands of people in our sector who are falling through the gaps. More than just support, we need urgent structural change to ensure freelancers – a vital part of our future workforce – have every opportunity to thrive.”