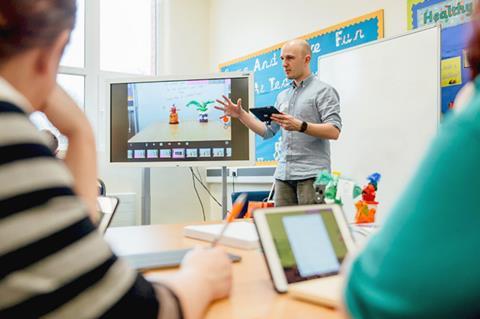 Into Film teaching in Bolton, UK

They will together curate a programme of free films and resources linked to the school curriculum, made through Doc Society’s non-profit education arm Doc Academy.

The programme includes resources and lessons plans for both in-person and remote learning. They have been created by education professionals, and are based around clips from documentary films that can effectively engage young people in a range of themes and issues.

Among these are climate change; anti-racism; migration; history; ageing; and active citizenship. Social Action Toolkits have been created for films including He Named Me Malala, Thank You For The Rain and Exodus; while lesson plans are available for films including Ping Pong, Moving To Mars, One Mile Away, InRealLife and Chasing Ice.

According to Into Film, the aim of the programme is “to deepen pupils’ exploration and understanding of the world, society and their place in it and develop critical thinking and media literacy.”

“Documentaries show other places, other people and other circumstances far beyond the imagination and scope of any individual young person’s lived experience,” said Beeban Kidron, co-founder of Into Film and director of 2013 doc InRealLife, about the effect of the internet upon children.

“The collaboration of Doc Academy with Into Film offers an unparalleled opportunity to glimpse a multitude of worlds that will enrich and inform children across the four nations.”