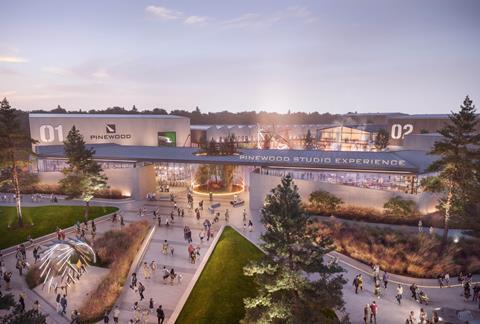 Final approval will be granted once a fully detailed proposal is put forward, with outline planning approval establishing the scale and nature of the development is acceptable.

Screen Hub UK will be based on a 77-acre site to the south and immediately adjacent to the existing studio.

The development will include six sound stages (to open in 2024), a skills and training hub to be operated by the National Film and Television School, a business growth hub and a 350,000ft2 film-inspired attraction called Pinewood Studio Experience.

The group predicts that the development project will result in a £355 million boost to the UK economy and create over 3,500 jobs, if given final approval.

Pinewood Studios is historically the home of the James Bond franchise. Disney has a long-term deal occupying nearly all of its studio space.

Last month, Shepperton Studios, leased to Netflix and part of Pinewood Group, revealed plans to double the size of its production hub as part of its overall expansion plans.