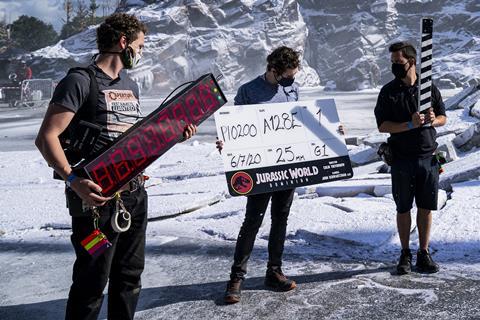 The deal comes a few days after Universal announced that beginning next year all its films will be available exclusively on sister streaming service Peacock at the start of the pay-one window and no more than four months after their theatrical releases.

Prime Video will now get its own exclusive pay-one window for the live-action films – including Jurassic World: Dominion, The 355 and Ambulance - beginning four months after the films debut on Peacock. Under Universal’s just-signed deal with Peacock the films will return to that service for the final four months of the 18-month pay-one window.

Prime Video will also get subscription video-on-demand (SVoD) rights to Universal’s theatrical slate of animated movies – among them Illumination’s Minions: The Rise of Gru and DreamWorks Animation’s Puss in Boots: The Last Wish - through what the studio described as “a subsequent window.”

Rights to a package of Universal’s library titles are also included in the Prime Video element of the Amazon deal.

Under another part of the deal, Amazon’s free streaming service IMDb TV gets an exclusive network window for films from Universal’s 2020-2021 theatrical slate, as well as rights to a package of animated titles.

The multi-faceted deal comes a few weeks after Universal and Peacock parent NBCUniversal finally reached an agreement to make Peacock, launched just over a year ago, available to users of Amazon’s Fire TV device.

Commenting on the new licensing deal, Peter Levinsohn, vice chairman and chief distribution officer of Universal Filmed Entertainment Group (UFEG), said: “Recognising that all parties would benefit from a modernised windowing structure, this new agreement allows Prime Video and IMDb TV to benefit from UFEG’s vast library and diverse content like never before. We’re thrilled to team up with Amazon to deliver our titles to its customers. This agreement further delivers on our distribution strategy to monetise our unparalleled movie library across multiple services, while offering customers the most choice, control and flexibility in how, when and where they watch films.”

Prime Video vice president of worldwide content licensing Brad Beale added: “We know Prime members love movies and this new deal with UFEG will deliver some of the best films available for our customers. This new slate of UFEG films, including exciting upcoming releases such as Jurassic World: Dominion, The 355 and Ambulance will continue to build upon Prime Video’s catalogue and delight Prime members, all at no additional cost to their membership.”