Opportunities are being created in feature films for emerging actors and directors as a result of the glboal boom in TV drama, suggested a panel of leading international agents and producers at the Black Night Stars panel debate called ‘Shifting Focus from Film to TV’ at the Black Nights International Film Festival in Tallin this week. 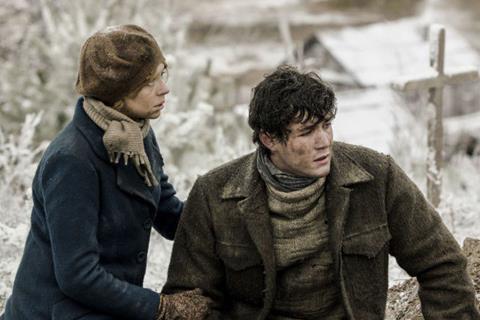 ‘Ashes In The Snow’

As an increasing number of film actors and directors are tied in to long-term contracts for TV series, more roles are becoming available for lesser known and emerging talents both in front of and behind the camera. Furthermore, successful TV dramas are birthing new stars who in turn go on to appear in independent films, helping to raise the financing for them

However, the panellists admitted this was the bright side of a difficult situation.

“We are finding it increasingly difficult to get [established] actors for independent film,” said UK casting agent Jeremy Zimmermann of Jeremy ZImmermann Casting. The pool of big-name actors who can get films made is “diminishing noticeably,” he said.

However, Robin Hudson of the UK’s Olivia Bell Management pointed out actors’ contracts on TV dramas tend to demand “exclusivity on TV but not on film.” This allows for them to appear in local and arthouse films in the two or three month breaks between series.

“That is where film and TV balance each other out,” Hudson suggested. “In American TV, there is a lot of money there. In independent film, there isn’t.”

Hudson noted actors are more willing to take chances on indie films with low budgets and first-time directors because they have already “got their money elsewhere” through their TV contracts.

Even when they do secure access to talent, independent producers are facing some unusual challenges. If actors in long-running TV series do sign up for an independent film in their breaks, they often will not be allowed to alter their appearance too dramatically.

“Films are what you want to do because that is your soul,” said Finnish actor Peter Franzén, who stars as King Harald Finehair in the History Channel’s Vikings. He also stars in Marius A Markevicius’s  feature Ashes In The Snow which premiered in Tallinn this week. Franzen acknowledged, however, TV is much better paid.

Zimmermann cited the example of Game Of Thrones actress Maisie Williams, cast in the HBO series when she was still a teenager and who became a star because of it.

“We were able to offer her a role in a film…we ended up offering her a fee of £1m,” the casting director remembered. However Williams turned the role down in spite of the very hefty fee. She took a role in a play at the Hampstead Theatre instead. His point was Williams’ success on TV gave her the freedom to make such choices.

The agents all said their actor clients still wanted to appear in movies. Hudson pointed out a film premiere has a glamour which the first night of a TV show cannot match. “The idea of going on the red carpet with your client at a big premiere, that is still a buzz, rather than going on Twitter and saying ‘watch my client - tonight is the first episode streaming on Netflix…”