US sellers deliver appraisal of virtual Cannes, look to future 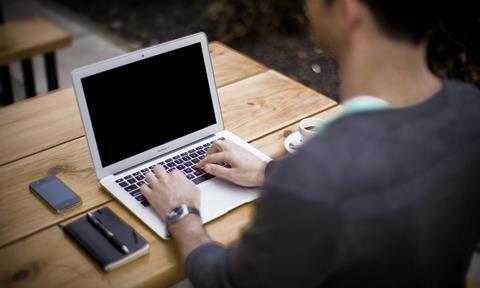 Despite global economic downturn and an impenetrable fog shrouding the immediate future of the film industry, participants in the US agency-led side of the virtual Cannes market reported the customary appetite for content and a willingness to do business.

International deals – such as those that AGC Studios closed on Pierre Morel’s action thriller The Blacksmith – took place during the official five days of technology-enabled presentations and video conferences, as well-prepared buyers looked to fill pipelines for 2021 and 2022.

More sales are expected to emerge in the days and weeks ahead – indeed on Thursday Capstone Group announced a raft of deals on the upcoming Gerard Butler action thriller Kandahar.

By contrast, a smattering of US deals – putting to one side the gargantuan $105m worldwide deal with Apple for Will Smith thriller Emancipation, an outlier that CAA Media Finance began to shop weeks before the market – revealed a greater reticence on the part of “domestic” theatrical buyers to commit while so much remains unknowable.

Everyone who spoke to Screen expressed satisfaction with the virtual market as an efficient conduit of trade. There was also universal love for the physical, in-person nature of the traditional calendar, which offers the unique opportunity to catch up with old friends and business associates and glean information through meetings, meals and chance encounters.

Yet there was also the realisation that new ways of doing business have yielded important tools: tradition and technology could be the only way ahead.

“There was such a high degree of efficiency and modest expense to the exercise that we have to think very seriously about building at least one virtual market permanently into the calendar even after Covid-19 restrictions become less of a factor,” argued AGC Studios’ Stuart Ford.

“For example I can see a lot of logic in holding location-based physical markets at AFM and Cannes in November and May, and replacing Berlin’s EFM in the February slot with a five-day virtual market.”

Ford suggested a period of virtual trade could precede the Berlinale, which buyers and sellers might still need to attend for official screenings. He is not the first to call into question the value for US companies of sending large teams to Germany in February.

AGC Studios sold out The Blacksmith on the back of a pre-recorded presentation that Ford said attracted around 1,000 sets of eyeballs.

“Whereas only one or two executives from each company get to attend a Cannes presentation where venues like The Majestic Barrière have roughly 300 maximum capacity, here they could tune in with their entire acquisition and marketing teams,” said the AGC Studios head, who conducted an online conversation with Morel. “Our feedback was that in some cases it was that same group that persuaded some buyers to make bids.”

At time of writing, Sierra/Affinity was fielding international offers on Lee Daniels’ The United States vs Billie Holiday, and Paramount’s US buy on Wednesday night (July 1) and commitment to a wide release during awards was only likely to intensify the days ahead for Jonathan Kier and his sales team.

“The goal has always been to ramp up our production,” Neon EVP of acquisitions Jeff Deutchman said of the deal. The company is investing earlier on projects, as it did to such success with box-office smash and multiple Oscar winner Parasite.

Deutchman praised the operation of the online market platforms, adding: “The big question is how many of these films are actually going to happen… It’s important we continue to gather as a community, because the minute these problems are sorted out we are going to need movies.”

The buyer and his team straddled both virtual markets and have been taking a close look at available 2020 Cannes Label selections. “It was more interesting not to see the typical list of heavy-hitter directors in the room this year. There was more to discover,” said Deutchman.

“We have been taking our time and watching everything. In that sense the festival will continue for us long after it was officially over.”

Sellers adapted. Millennium Media launched sales on Hasidic horror Abyzou, and has been talking to buyers about Megan Fox action Till Death. “We brought things that make sense for us to do now – contained films where we can control the environment,” said co-president Jonathan Younger.

Till Death is on the production runway at the company’s Nu Boyana studio complex once protocols with the Bulgarian authorities are finalised.

Brian O’Shea of The Exchange reported heavy interest around Olivia Munn thriller Replay and benefited from an eclectic slate including drama A Gift From Bob, which secured deals for the UK, Germany and China.

“If you have the right property, it’s great,” said O’Shea, who noted the different pace dictated by virtual proceedings. “There’s no last day here, no running to get on a plane, so that couldn’t be used as a negotiating ploy. You’re not forced to make decisions as quickly, but you can also lose momentum.”

“There’s a need for content,” O’Shea continued. “People are consuming content… even the hardest-hit buyers are planning for the future. Everyone knew their schedule and came in prepared. They had a post-Covid strategy, it was reassuring. This business has survived so many changes, we’re true independents.”

As producers earmark late 2020 or early 2021 production starts, uncertainty remained not just over when it will be safe to resume shooting schedules, but how that can happen at a time when no insurers are offering coverage for losses stemming from Covid-19.

“It’s the number one variable in all of these films,” said Ford. “We’re all hoping and assuming that solutions appear in next couple of months, so that all of these scheduled fall productions can become a reality. Without insurance, independent films are effectively unfinanceable. It’s a massive issue.”

He remained optimistic that a “reasonably cost-effective solution that doesn’t blow the typical financing structures out of the water” will emerge before long. Some say that could come from private capital sources, or broad efforts to lobby government to fund an insurance backstop, such as the appeal to US Congress by a coalition comprising the Motion Picture Association, Independent Film & Television Alliance, and labour groups.

Looking ahead, the tools and mechanisms put in place during the virtual Cannes market or similar innovations are likely to resurface at other events. Toronto has declared it will be a hybrid event, and speculation is mounting that AFM could go the same route, especially if the US remains in the grip of the pandemic.

“There’s going to be a need for a stronger tech presence at festivals so you can have these meetings,” noted O’Shea. “I will never go to a market without having my computer in front of me so I’m able to have these meetings. There has to be integration.”