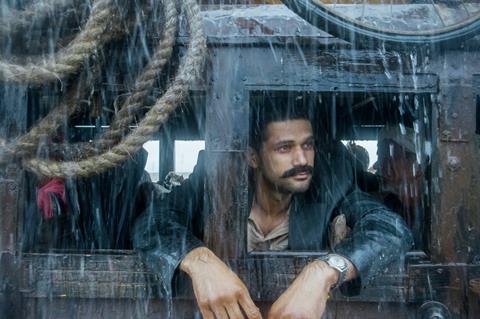 The line-up for the 2018 edition of the Venice Film Festival’s independent strand Critics’ Week (Aug 29 – Sept 8) has been revealed.

Organised by the National Union of Italian Film Critics, the selection is curated by the general delegate of the Venice Critics’ Week Giona A. Nazzaro with the selection committee comprised of Luigi Abiusi, Alberto Anile, Beatrice Fiorentino and Massimo Tria.

This year’s opening film is Indian fantasy film Tumbbad, described by the festival as a “parable about greed that travels at the speed of an Emilio Salgari’s story shot by Steven Spielberg”. The out-of-competition title is co-directed by Rai Anil Barve and Adesh Prasad and is being sold internationally by Eros International.

Three of the films in the competition line-up are backed by the Doha Film Institute; A Kasha (The Roundup) directed by Hajooj Kuka; Lissa Ammetsajjel (Still Recording) from Saaed Al Batal, Ghiath Ayoub and Ivan Salatic‘s Ti Imaš Noć (You Have The Night), a Montenegro, Serbia and Qatar co-production. The full list of competition films is below.

All the titles are eligible for the festival’s Luigi De Laurentiis - Lion of the Future Prize that comes with a $100,000 prize.

The main Venice Film Festival line-up will be announced on Wednesday (25 July).

Special Events, Out Of Competition

Read more:  Bradley Cooper’s ‘A Star Is Born’ to have world premiere at Venice Film Festival