The strand will be bookended by Alice Lowe’s Prevenge and Xander Robin’s Are We Not Cats [pictured]. 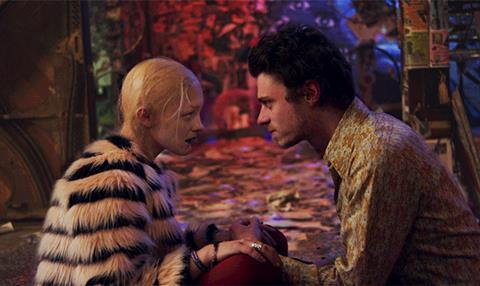 The independent section of the festival – dedicated to features from debut directors – includes seven titles from five continents.

Opening the strand with be UK director Alice Lowe’s Prevenge (out of competition), which stars Lowe as a pregnant woman on a killing spree and will have its world premiere at the festival.

Lowe was co-writer and co-star of Ben Wheatley’s Sightseers. The film is a Western Edge Pictures/Gennaker production and was shot in Wales last year.

Closing will be Xander Robin’s Are We Not Cats, which was one of three genre titles to screen as a work-in-progress at the Cannes Marche this year as part of an inaugural partnership between genre market Frontières and the Cannes Film Festival.

The film tells the story of a man who loses his job, girlfriend and apartment in a single day. When trying to restart his life, he meets a woman who shares his unusual compulsive habit – eating hair. Theo Brooks and Joshua Sobel are producers.

The seven competition features are all world premieres, including Prank, the directorial debut of Canadian cinematographer Vincent Biron (Bestiaire), and Drum, the feature debut of Iranian director Keywan Karimi, who in October 2015 was sentenced to 223 lashes and a six-year prison sentence (reduced to one-year on appeal) by Iranian authorities for the content of his films.

This year’s line-up is the first for the strand’s new director Giona Nazzaro, the Italian critic and writer who previously served on selection committees at festivals inclduing Rome and Turin.

Are We Not Cats, Xander Robin (USA)