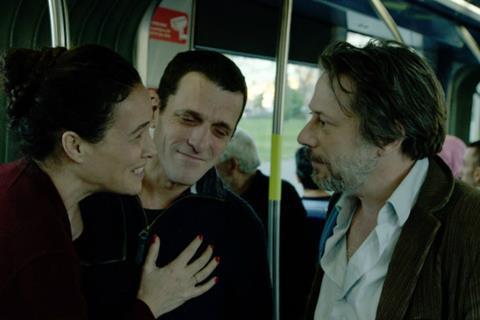 A Tramway in Jerusalem

The Israeli filmmaker’s latest feature is a multi-cultural drama exploring the cultural divides that separate the inhabitants of one of the world’s most iconic cities, as different religions mingle on the Light Rail Red Line of Jerusalem’s tramway that connects the city from East to West, from the Palestinian neighborhoods of Shuafat and Beit Hanina to Mount Herzl, site of Israel’s national cemetery.

A Tramway In Jerusalm focuses on a series of encounters along the line – spoken in Hebrew, Arabic, French, Italian, Yiddish, German and Ladino. Vignettes include a skilled games player who enchants two French tourists; Hasidic men singing a rousing religious song; an exhausted Palestinian wrongfully accused of harassment makes his way home; and a Catholic priest prattles on in Italian about the holy city to anyone who will listen.

“In these divisive times, Amos Gitai has made a film that expressively addresses the human condition,” said Rosenberg. “And, with potentially sensitive religious and cultural material, only a skilled filmmaker like Amos could make us realize that, despite our cultural differences, we’re basically all cut from the same fabric. We’re excited to have the opportunity to bring A Tramway in Jerusalem to North American audiences later this year.”