‘Venom’ sequel moves from June to September in US 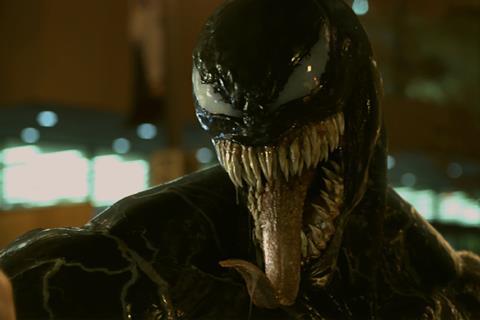 Sony Pictures has pushed back the theatrical release of comic book sequel Venom: Let There Be Carnage from June 25 to September 17.

The move follows Universal Pictures’ decision to reschedule the release of Fast And Furious installment F9 from May 28 to June 25.

Columbia Pictures’ Venom sequel, with Tom Hardy returning in the title role for director Andy Serkis, carries high expectations for its studio, following a 2018 original that grossed more than $850m worldwide and launched Sony’s own universe of Marvel characters.

To make way for the sequel, Columbia release Man From Toronto has been moved from September 17 to a yet-to-be-determined date this year.

Meanwhile, Universal and DreamWorks Animation have set their animated The Bad Guys for an April 15, 2022 North American release and their Shrek spin-off Puss In Boots: The Last Wish for September 23 next year.