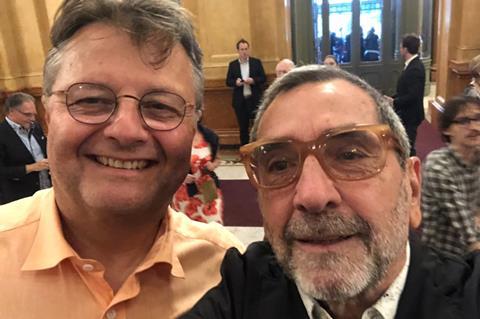 Ventana Sur 2020 online market brass have hailed strong participation around the world for this year’s event as Argentina’s film body INCAA and the Cannes market extended their partnership for a further three years.

Online screenings will continue for many films in the coming weeks on an video library powered by Cinando and accessible to all registered participants. Some films screen in Paris on December 15 and 16, when cinemas will officially reopen in France, as part of the global tour of physical screenings in six cities.

In other data, participants met in 84 digital booth and pavilions, 54 conferences attracted more than 7,000 participants, and 76 projects from Animacion!, Blood Window, Proyecta, Punto Género and SoloSerieS were pitched to audiences.

The Meet The Projects showcase generated more than 420 speed meetings between professionals from 37 countries, while 180 producers participated in the Producers Network events.

The 13th edition of Ventana Sur is scheduled to take place in Buenos Aires, Argentina, from November 29-December 3, 2021.