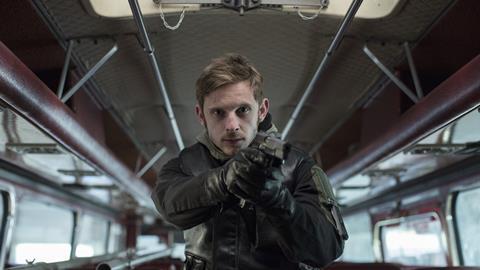 Bell, Abbie Cornish, and Mark Strong star in 6 Days, which recounts the six-day hostage crisis at the Iranian Embassy over April-May 1980 and the subsequent rescue mission by the elite British SAS.

6 Days is a Dog With A Bone Films production, in association with General Film Corporation, the New Zealand Film Commission, Lip Sync Productions, and the Ingenious Senior Film Fund.

Metcalfe added; “I am excited to be working Vertical, Netflix and all of our distribution partners to bring this incredible true story to audiences worldwide.

“The events surrounding the siege at No.16 Princes Gate, London, in May 1980 were unprecedented for the time and Toa Fraser’s adaptation of the events reveals a tense, dramatic and confrontational story that could not be more relevant to our world today.”

Goldberg and vice-president of marketing and acquisitions Peter Jarowey negotiated the deal with WME Global and Bolotin of XYZ Films on behalf of the filmmakers.