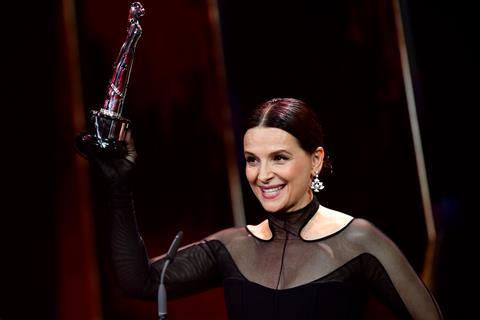 The European Film Awards is to take place virtually over five consecutive nights as a result of the ongoing Covid-19 pandemic.

Organisers had previously taken the decision to cancel the 33rd edition of the annual ceremony, which was due to take place in Reykjavik, Iceland, and instead host a virtual event from the European Film Academy’s base in Berlin on December 12.

But it will now extend the awards from December 8-12 under the banner The EFAs at Eight, reflecting the 8pm (CET) start time.

The first night will feature a discussion on the future of European filmmaking with directors Mark Cousins, Agnieszka Holland and Thomas Vinterberg alongside Kirsten Niehuus, CEO of regional film fund Medienboard Berlin-Brandenburg. The session will be moderated by Screen contributing editor Wendy Mitchell.

The four subsequent evenings will see winners announced virtually, without an audience, with the top awards revealed on the final night from Berlin’s Futurium museum.

The programme will be streamed live at www.europeanfilmawards.eu and through an international network of streaming and broadcast partners, with the nominees and winners joining via live video conference.

EFA chairman Mike Downey said: “The times we live in call for innovation and extra creativity. In this unusual year, this will be an unusual, and, we hope an exceptional, awards ceremony – one with a different approach, that will allow us to give more attention to the various awards presented. Necessity being the mother of invention, we have chosen to try out this different format, and will use it to see how we will further develop the EFAs in the years to come.”

Nominations for the awards will be announced online via a livestream on Tuesday, November 10.

As per the organisation’s schedule of hosting the ceremony in Berlin every other year, the 2021 awards will take place in the German city, with the 2022 edition then held in the Icelandic capital.

All take place at 8pm (CET)

Announcing – for the first time – the nominations for the LUX European Audience Film Award by the European Parliament and the European Film Academy and in partnership with the European Commission and Europa Cinemas.