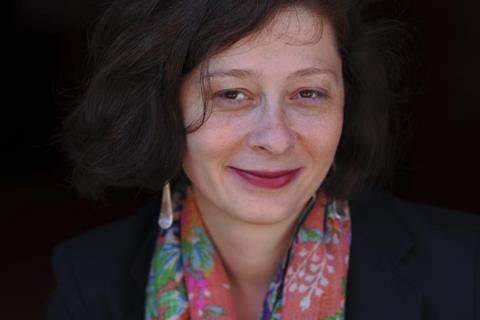 Documentary projects from Georgia, Chile and Serbia were amongst the winners at the 16th edition of Visions du Réel Industry programme held at the same time as the Visions du Réel International Film Festival in Switzerland’s Nyon on Lake Geneva.

Georgian-born Salomé Jashi’s latest documentary Trees Floating, which was one of 15 projects presented at the two-day Pitching du Réel closed session to invited broadcasters, distributors, sales agents and producers, received the HEAD - Genève Postproduction Award which will provide all the facilities for colour grading and the creation of files for broadcast.

Planned as a German-Georgian co-production between CORSO Film and Jashi’s own company Sakdoc Film, Trees Floating follows the journey of giant ancient trees being uprooted from Georgia’s coastline and transported by land and sea to a billionaire’s private garden.

Backing has already come from the Georgian National Film Centre, the IDFA Bettha Fund, the Jihlava International Film Festival postproduction fund, and a scholarship from the Berlin-based Nipkow Programme for research and development.

Docs In Progress award for Chile

The production by Chile’s Solita producciones with Colombia’s Senal Colombia follows the last seven years until 2015 of the life of the writer and visual artist Pedro Lemebel, a pioneer of the queer movement in Latin American, whose writings gained international recognition when they were translated into English, French, Italian, among others.

Reposi explained in Nyon that the film is now at the final stage of the editing process and she is still looking for financial help for the postproduction. The anticipated release is in November of this year.

The other seven feature documentaries presented in Docs In Progress included the Swiss-Colombian-US co-production Baracoa by Pablo Briones and The Moving Picture Boys; Cambodian filmmaker Kavich Neang’s Last Night I Saw You Smiling about the iconic The White Building in Phnom Penh; Stéphane Goel’s portrait of the Chilean island of Robinson Crusoe in The Islanders.

Christmas came early for one of the Serbian filmmakers pitching their projects in this year’s Focus at the industry programme when Mladen Kovacevic’s Merry Christmas, Yiwu was awarded the CHF 10,000 Visions Sud Est Award for most promising project by a jury including Locarno Open Doors director Sophie Bourdon.

Kovacevic’s film portrays the Chinese city of Yiwu where over 600 factories produce nearly two-thirds of the Christmas decorations consumed around the world.

Producers of this year’s Golden Bear winner and best documentary were among the 15 teams presenting projects at Nyon’s Pitching du Réel forum.

Switzerland’s Joelle Bertossa of Close Up Films, who was one of the producers on Raoul Peck’s 2018 BAFTA winning I am Not Your Negro, presented her third collaboration with Karim Sayad, My English Cousin.

The co-production with France’s Norte Distribution centres on the director’s Algerian-born cousin Fahed who settled in the UK in 2001 and is now being pressurised by his family back home to marry a younger woman in Algeria, even though he is married to an older English woman to gain long-term residence status.

As with Sayad’s previous film, the debut Of Sheep And Men, they will work with Sister Distribution for the French release and Norte for the French theatrical release of My English Cousin which recently received support from the regional fund Cinéforom.

Twelve weeks of shooting in Grimsby are scheduled to begin this June for the €500,000 project.

In addition, Agitprop’s Martichka Bozhilova, the Bulgarian co-producer of Adina Pintile’s Golden Bear-winning Touch Me Not, joined the Belgrade-based Biljana Tutorov of Wake Up Films in Nyon to present the collective project Aunts addressing the position of women in the contemporary world.

The project’s initiator and creative producer Tutorov said that the film will have two layers - the four shorts by the four directors and also filming of the quartet working together.

The expected release of the €697,500 project is May 2020 with shooting scheduled to run from February to September 2019.