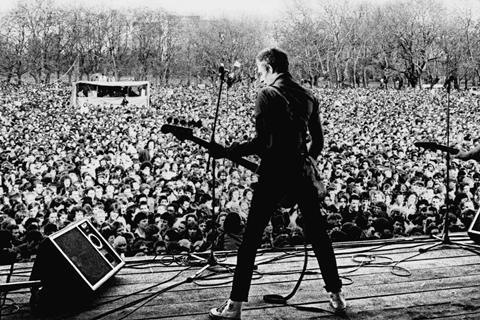 The film is based on Shah’s short White Riot: London that premiered at Sundance 2017 and went on to screen at Berlin, Tel Aviv and Sheffield Doc/Fest, among others.

Ed Gibbs produces through Smoking Bear, the production company he runs with Shah.

“What’s more punk than facing off against fascists and neo-Nazis?” Kampe said. “I think buyers and audiences will love this story of musicians and journalists fighting to make the world a better place. We need this documentary now more than ever.”

Shah added: “This is a fresh approach to an era we think we know so well. Years before social media – when fanzine culture was king – music saved people’s lives. I look forward to telling the stories of our mavericks through a visceral soundtrack, punk animation and found footage.”