What titles are in the running for Venice 2022? 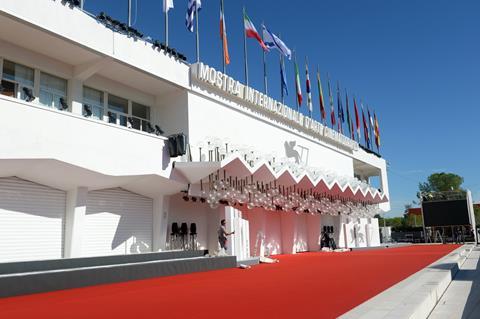 Everyone hoping to go to the Venice Film Festival should sort their accommodation soon as Netflix is understood to be booking plenty of Lido digs in anticipation of another bumper festival.

Pugh also stars in Olivia Wilde’s Don’t Worry Darling with Harry Styles for Warner Bros, which could be perfetto for the Lido and is set to open in the US and a number of major international markets in late September.

The US auteur roster could also include Focus Features’ Tar starring Cate Blanchett as a brilliant composer in Todd Field’s first film since Little Children 16 years ago. Canadian actor-turned director Sarah Polley’s Women Talking is likely to be in the mix if ready in time although Toronto might be a strong bet for the ensemble drama.

Plotting a Venice viaggio while still in Cannes is Tilda Swinton, star of a trio of films with festival and awards potential: Joanna Hogg’s The Eternal Daughter, Guillermo del Toro’s Pinocchio and Wes Anderson’s Asteroid City.

Venice director Alberto Barbera may be tempted by his regulars. Emanuele Crialese has 1970’s-set L’immensità, starring Penelope Cruz, Jafar Panahi’s romantic drama No Bears is in post, while Luca Guadagnino has Bones And All starring Timothee Chalamet, to which Amazon-owned MGM holds most rights.

Another return ticket to the Lido could be booked for Martin McDonagh who is finishing off The Banshees Of Inisherin starring Colin Farrell and Barry Keoghan. McDonagh won the best screenplay prize for Three Billboards Outside Ebbing, Missouri five years ago.

From South Korea, Ryoo Seung-wan’s 1970’s-set Smuggle is a potential selection after his The City Of Violence played in Venice’s midnight section in 2006.

Philip Sotnychenko’s debut feature Lapalissade and Rock. Paper. Grenade by Iryna Tsilyk were both in Cannes Marché’s Ukraine In Focus programme. Other potential selections from Ukraine could include long-gestating war documentary Company Of Steel by Yulia Hontaruk and Roman Liubyi’s Iron Butterflies, the documentary-fiction hybrid about the shooting down of Malaysia Airlines Flight 17.

From the Nordic region Saara Saarela’s Finnish eco-thriller Memory Of Water is in post and Milad Alami’s Sweden-Norway Opponent about an Iranian exile is completed.

The Venice Film Festival traditionally announces its line-up at the end of July. The festival runs from August 31 to September 10.