Dutch crime drama has won awards at festivals in San Sebastian, the Netherlands and Taipei. 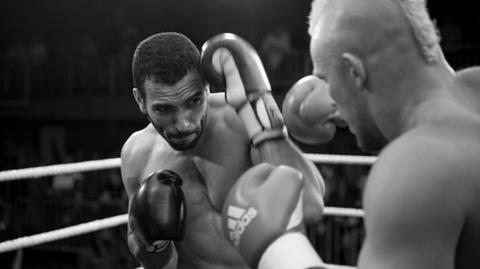 The screening, which will close the UK-based independent film festival on Oct 5, will be following by an audience Q&A with lead actor Marwan Kenzari.

Directed by Jim Taihuttu and shot in black and white, the film centres on a kickboxer whose growing success leads to his involvement in the world of organised crime.

Since its Dutch debut in September 2013, the film has gone on to win best director and best actor at Netherlands Film Festival, the Youth Jury award at San Sebastian International Film Festival and a special jury prize at Taipei Film Festival.

Raindance founder Elliot Grove said: “We want to ensure our closing night film delivers against the core beliefs behind the festival - that a film has an extreme story, extreme filmmaking techniques and finally is extremely entertaining – and we believe Wolf has all of these things. ”

Raindance also announced that the winners of the third Viewster Online Film Fest will be announced before the screening of the closing film at London’s Vue West End.