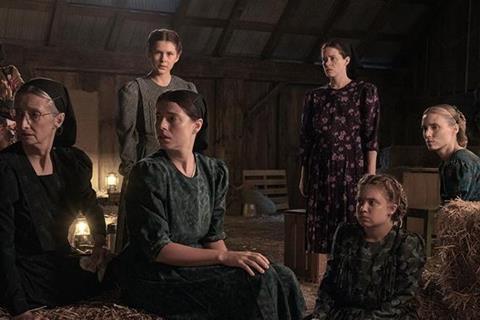 The 2023 Writers Guild Of America (EGA) screenplay nominations have been announced and the field includes Jordan Peele’s Nope in the original category, Sarah Polley’s Women Talking in adapted, and Brett Morgen’s Moonage Daydream in documentary.

Besides the aforementioned, anticipated heavyweight nominees include The Fablemans by Steven Spielberg and Tony Kushner, Everything Everywhere All At Once by the Daniels, Tár by Todd Field, Black Panther: Wakanda Forever by Ryan Coogler and Joe Robert Cole, and Glass Onion: A Knives Out Mystery by Rian Johnson.

Winners will be honored at concurrent 2023 Writers Guild Awards ceremonies hosted by the East and West coast chapters on March 5.

Everything Everywhere All At Once, Daniel Kwan & Daniel Scheinert; A24

Women Talking, Sarah Polley, based upon the book by Miriam Toews; Orion Pictures/MGM

To be eligible features must have been exhibited theatrically for at least one week in Los Angeles from January 1–December 31, 2022 and written under the WGA’s Minimum Basic Agreement or under a bona fide collective bargaining agreement of affiliate guilds in Canada, Great Britain, Ireland, South Africa, New Zealand, India, France, Israel, Quebec and Germany.