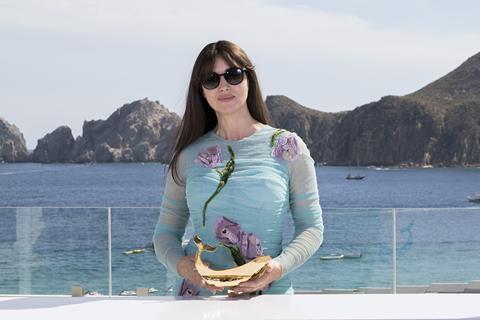 “I respect this country, its culture and traditions,” Bellucci told attendees at the Pabellon Cultural de la Republica of Cabo San Lucas.