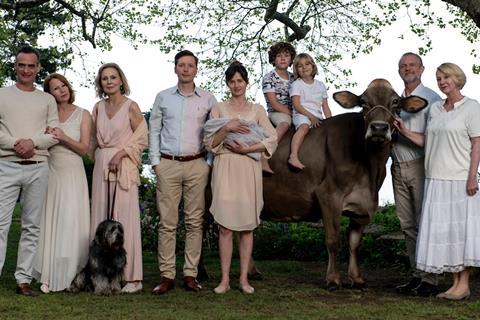 The film is scheduled to open in early spring 2021 and stars Agnieszka Grochowska as a Polish home care attendant to the patriarch of a wealthy family as old family secrets surface.

My Wonderful Wanda premiered at the virtual Tribeca Film Festival this year, where it received a special jury mention in the Nora Ephron Award category.

Gerstman and Russo said, “We fell in love with My Wonderful Wanda in our “virtual screening” at the Tribeca Film Festival and are sure she will find her way into the hearts of audiences in North America. This clever, surprising, and assured narrative film pushes the hot buttons of class and familial warfare with a delicate, comedic touch.”

Dimitrakopoulou said, “It’s wonderful to join forces once more with Zeitgeist together with Kino Lorber for bringing this entertaining, witty, bittersweet comedy by Bettina Oberli to American audiences. After months away from cinemas, Zeitgeist will welcome audiences back with a heartwarming and amusing film and we could not be happier about it.”