Actress Ellen Page wants to show more diverse stories on screen as she builds up the producing side of her career, 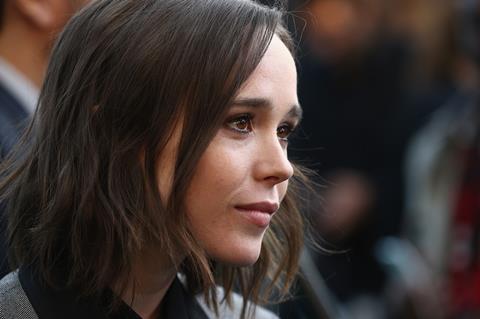 “I’m focusing mostly on stories that are meaningful to me and stories for women and supporting more gay characters,” said the 28-year-old during a press conference at the Zurich Film Festival.

Page, who came out during the making of marriage equality drama Freeheld, is one of that film’s producers and also recently produced Patricia Rozema’s Toronto premiere Into The Forest.

She is also producing, alongside Killer Films’ Christine Vachon, another gay love story in which she will star opposite Kate Mara.

Page hopes to see more women, gay or straight, of more diverse backgrounds getting their stories told in Hollywood.

“But I feel like the conversation is happening now, that’s shifting, and hopefully that’s going to shift in regards to more diversity in general.

“If you’re a woman and you happen to be an Africa American women, or a First Nations woman, then your chances are even more limited and your stories aren’t being told.

“I think what we’re seeing in television is a reflection that audiences do want more diverse storytelling, they want to see other stories and they are responding to that.

“I feel like the film industry is going to start following that path. Hopefully that will keep changing.

“There are not that many out gay women [in Hollywood] so it’s hard to come to some sort of consensus about what that means. I’m feeling grateful for what options and opportunities I have.”

Page, who stars opposite Julianne Moore in Peter Sollett’s Freeheld, said that telling the true story of Laurel Hester and Stacie Andree’s fight for equality was particularly important because “gay women haven’t really gotten to have a film like this”.

“We’ve had wonderful movies like Philadelphia, Milk and Brokeback [Mountain], but gay women haven’t really had an opportunity to have a movie like this that focuses on equality or civil rights,” she added.

“The film for me is a celebration of how far America has come. It’s not long ago that this happened. And hopefully it demonstrates the true costs of discrimination and inequality.

“On an emotional level, your love is devalued and therefore who you are is devalued…We hope that the film can demonstrate why equality is so important.”

Of course, the personal side of the story also appealed, and she relished the chance to work with Moore.

“It’s just a beautiful love story, these women had such enormous dedication towards each other,” said Page.

“Laurel went through something that was so unimaginable, to spend your entire career protecting the citizens of New Jersey, and then to be denied your rights as you’re dying…

“I was so grateful to be a small part of telling her story. What they did was so crucial and so important.”

Andree was very open in working with the film team, from Page to director Sollett to screenwriter Ron Nyswaner.

“Stacie was so generous and available with all of us,” Page recalled.

“Talking about this time and experience and Laurel was a very emotional experience for her.

“We just wanted to make her feel safe and that we’d make the most authentic, truthful thing we possibly could. She was the most valuable asset to tell this story.”