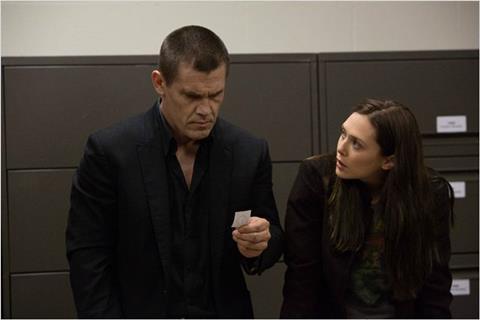 The most fascinating element of the US remake of Park Chan-wook’s revenge thriller Oldboy is the person who directed it. Working outside of his comfort zone — to intriguing but ultimately disappointing effect — filmmaker Spike Lee has crafted a movie far pulpier and more nihilistic than he’s ever attempted. There are considerable pleasures in watching Lee work in B-movie mode, but they can’t distract from the fact that his remake’s determined darkness doesn’t add up to all that much.

Opening over the Thanksgiving holiday in the States, Oldboy would seem to represent Lee’s most overtly commercial enterprise since Inside Man. But Oldboy’s hard-R rating for nudity and intense violence will limit the movie’s audience — to say nothing of the sombre, sometimes perverse subject matter. Expect this to be a niche offering that may fail to satisfy either critics or the general public: Much like last month’s The Counselor, Lee’s Oldboy flaunts its distinctive brand of strangeness, box office be damned.

Those familiar with Park’s 2003 original, which was itself based on a Japanese manga, will recognise the setup to Lee’s film. Joe Doucett (Josh Brolin) is a drunken, boorish salesman who in October 1993 is being chastised by his ex-wife for forgetting his three year-old daughter Mia’s birthday. But a boozy night out goes terribly wrong when Joe wakes up in a mysterious hotel room, the doors sealed shut, the phone missing and the windows non-existent. Given only a TV — and plates of food shoved through a slot in the door during mealtimes — Joe struggles to understand why he’s being held captive, and by whom.

After 20 years of this agony — heightened by news reports that he’s been accused of his ex-wife’s brutal murder — Joe awakens in a chest in the middle of a grassy field. Confused but happy for his freedom, he searches for clues to explain the meaning of his abduction and to prove his innocence, assisted by a social worker named Marie (Elizabeth Olsen). Soon, Joe comes into contact with the nameless mastermind (Sharlto Copley) behind his imprisonment, who tells him that he has Joe’s now-adult daughter Mia (Elvy Yost) held captive. The man explains to Joe that he’ll release Mia if he can uncover the answer to two questions: What is the nameless mastermind’s name? And why did he lock up Joe in the first place?

In a career that spans almost 30 years, Lee has tackled many different genres, but Oldboy is a first for him in a couple of regards. To start with, it’s a remake, but more importantly, it’s a straight genre offering, lacking the racial, societal and political commentary usually present in his oeuvre. For a filmmaker who invests so much of his excitable temperament into his heartfelt, distinctive movies, Lee could almost be accused of simply cashing a pay check with this seemingly impersonal work-for-hire.

But although Lee’s Oldboy feels like an outlier among his films, that’s what makes it so occasionally rich. Working from a script by Mark Protosevich, the director embraces his characters’ bitter, scarred hearts, going for a remorseless neo-noir tone that’s ruthless in its execution. The original Oldboy was both praised and condemned for its stylish hyper-violence, and Lee doesn’t skimp on the bloodshed, even cheekily paying homage (either directly or through sly visual references) to some of Park’s most outrageous moments.

But where Park’s Oldboy could be faulted for its lack of insights into the depravity that’s possible within the human soul, Lee’s aspires to something similar while slightly winking at the audience. Never before has Lee tried to produce a down-and-dirty B-movie — eschewing the high-minded rhetoric that’s one of his trademarks — and this remake will perhaps play best to his devoted fans who will recognize the director having a little nasty fun for a change.

With that said, though, this Oldboy suffers from an overabundance of chic nihilism. Perhaps as a consequence of his dogged pursuit of delivering pulpy thrills, Lee doesn’t leave us with much to savour outside of different shades of bleak human behaviour.

That’s reflected in the somewhat monotone performances. Brolin plays Joe consistently too broadly: first as a miserable, drunken bastard; then during his imprisonment as a mentally fragile wretch; and then after he’s granted his freedom as a terse avenging angel. It’s an extreme choice in each case, but it’s not an effective one, leaving Joe to be little more than a glum cipher whose predicament doesn’t satisfyingly resonate.

On the other end of the spectrum is Copley, who plays the sinister mastermind as a flamboyant sophisticate, his every movement and line reading an extravagated flourish that practically dares the audience to criticize its phoniness. The two characters make for diametrically opposed forces — Brolin’s stoic versus Copley’s ham — but the calculated theatricality fails to create the necessary sparks.

And yet, this Oldboy remains luridly watchable, partly because of the actors’ commitment to their arch portrayals and partly because of Lee’s consummate craftsmanship. Aided by Steve McQueen’s long-time cinematographer Sean Bobbitt, Lee fills the frame with gorgeous compositions. (His camera movements always hum with livewire energy, moderately mitigating the story’s predictability for those who have seen the original.)

But if Park’s film could be faulted for its lack of insights into the depravity that’s possible within the human soul, Lee’s remake suffers even more in that regard, despite one hell of a third-act twist taken from the original. This Oldboy proves that Lee could make a demented, jet-black thriller if he so desired. But that didn’t mean he had to make one whose dark delights are so superficial.

Screenplay: Mark Protosevich, based upon the Korean motion picture Oldboy