Once Upon A Time In Anatolia 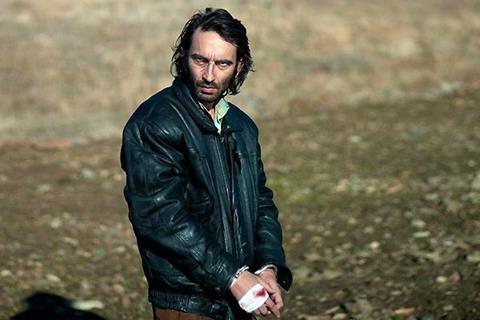 Saying this is not everyone’s cup of tea, barely begins to describe the uphill battle that will be required in order to market what may arguably be one of the most impressive but also most complex entries this year in Cannes. Way over two and a half hours long, with the first 90 minutes unfolding in relative obscurity, proceeding at a slow, measured pace, telling a story that in anyone else’s hands would have barely been enough for a short, this is however a visually mesmerising piece of work whose quiet, apparently placid, uneventful surface, covers a myriad of themes which the attentive spectator should be only too happy to explore. A festival item per excellence, even art houses will think twice before embarking on the adventure.

Unsuspecting audiences may be taken aback by the film’s hefty running time and even more by the cryptic information offered all through the nighttime sequence and elaborated on only later.

Apparently following a crime investigation, the first half of Once Upon A Time In Anatolia (Bir Zamanlar Anadolu’da) traces a police team, accompanied by a state prosecutor and a doctor, dragging along with them two men who had obviously confessed to a killing, searching for the dead body in the vast, empty plains of Southern Anatolia. Moving along abandoned roads through a dark, windy night, a thunderstorm brewing and about to break out at any moment, they fail time and again to find the right location.

After an hour into the film they find shelter in the house of a village mayor and by the time they move out again the next morning, even dedicated Ceylan followers will feel the burden of the long night they just witnessed weighing heavy on their shoulders. But with the light of day, the pace picks up and the corpse is finally discovered. A brief report is dictated by the prosecutor on the spot after which the body is removed to the county hospital for an autopsy. And that’s about it.

Or is it? For, in Anton Chekhov’s spirit, which is hovering all over this picture, it is not to the plot itself one should pay attention, but to the countless, presumably irrelevant details strewn along the way, throwing a light not only on the crime itself and the motives which led to it. In particular the characters who had been gathered for the occasion, each one of them far deeper and more affecting than their banal appearance would seem to indicate.

It takes time - and indeed time is of essence all through this film - to glimpse beyond the rough conduct of police commissar Naci (Yilmaz Erdogan); the skeptical attitude of the country doctor Cemal (Muhammet Uzumer) and the veiled allusions of prosecutor Nusret (Taner Birsel) to the inexplicably mysterious death of a woman or the sombre, taciturn face of the self-avowed killer (Firat Tanis).

Ceylan is never in a rush, revealing the information in an oblique fashion which requires the viewer not only to not blink, but also to interpret everything he is told and put it in the right context. Patience is amply repaid by the end, when all those details come together, and one realises there is much they have learned in the course of the film about all these predictable, unspectacular individuals who end up by being both touching and affecting.  The outcome is fascinating, not only on a personal level, but also as a profoundly perceptive portrait of the Turkish multi-leveled culture and society.

Then there is Ceylan’s eye for lighting and framing, whether in still life portraits or nature frescoes, which has been evident all through his earlier films. The structure of his images is no less than striking, his use of the Anatolian landscape, breathtaking with the obscurity reigning over the first half helping to enhance his particular talent for lighting interiors, and even more, human faces.

This is not just consummate cinematography, though of course it is, but the kind of creative, painterly talent echoed in all of Ceylan work as a still photographer. His entire cast blends naturally inside these perfectly limned portraits, most of them are professional actors  but look like real people, not stars, though Taner Birsel jokes at one point at his vague resemblance to Clark Gable.

But having said all this, unsuspecting audiences may be taken aback by the film’s hefty running time and even more by the cryptic information offered all through the nighttime sequence and elaborated only later. Not to mention that many risk being confused by the film’s title - an obvious reference to classic Sergio Leone epics. Ceylan’s film is anything but that.