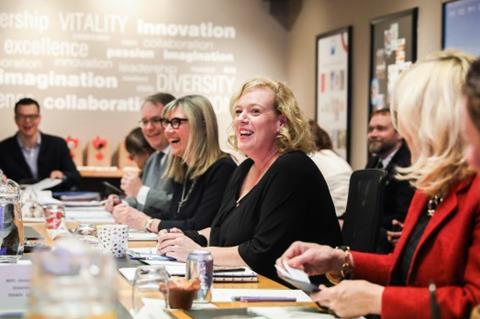 The government of Ontario has set up the Ministers’ Film and Television Advisory Panel to give officials expert advice on how to grow the Canadian province’s film and television industries.

First announced in the 2019 Ontario budget, the panel will report jointly to the minister of heritage, sport, tourism and culture Industries (MHSTCI) Lisa MacLeod and the minister of finance Rod Phillips. Jim Mirkopoulos, vice-president, of Cinespace Film Studios, will serve as chair and Christina Jennings, founder, chairman and CEO of film, TV and digital production company Shaftesbury, will be vice-chair.

According to the MHSTCI, film and television production supported by the province of Ontario was up 19% in 2018 compared to 2017, with jobs increasing by 4,300. Foreign production spending in the province topped C$1bn in 2018, while domestic spending was nearly C$850m. Productions shot in the province included It Chapter Two, Shazam!, Star Trek: Discovery, The Umbrella Academy, and The Handmaid’s Tale.

MacLeod commented: ”Ontario is open for business, open for jobs and open for film and television productions. These industries contribute nearly C$2bn and more than 37,000 jobs in Ontario. With the help of this panel of experts I’m confident we can grow Ontario’s spectacular double bottom line by attracting more high-value productions that drive our economy, create jobs and strengthen our unique cultural identity.”

Phillips said: “Ontario’s film and television industry creates jobs and contributes to local economies in communities across our province. Our government looks forward to receiving the panel’s recommendations on how to support this sector’s continued competitiveness and deliver maximum value for Ontario.”

Mirkopoulos added: “It is a privilege to act as chair on the Ministers’ Film and Television Advisory Panel. The panel members and I look forward to working with the government. Working together, we can advance this important industry to enhance both its economic impact and profile for everyone’s benefit.”