Shoot due to get underway in August on Element Pictures-Film4 film inspired by Euripides tragedy. 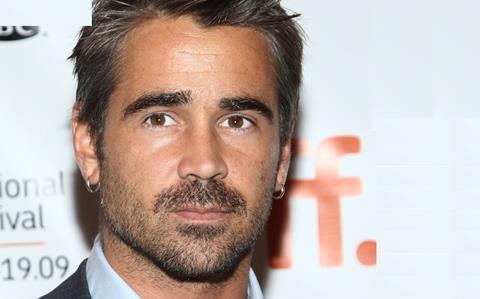 HanWay has boarded international sales on Yorgos Lanthimos’ next film The Killing Of A Sacred Deer, which the director’s The Lobster lead Colin Farrell (True Detective) is in talks to star in.

The script is written by Lanthimos and his writing partner Efthymis Filipou and is being produced by Ed Guiney and Andrew Lowe of Element Pictures (Room, The Lobster).

Film4 and New Sparta Films are among backers.

Inspired by a Euripides tragedy, The Killing Of A Sacred Deer centres on Steven, a charismatic surgeon, and a teenage boy who seeks to integrate him into his broken family.

When the boy’s actions become increasingly sinister, Steven’s ideal life starts to fall apart and he is forced to make an unthinkable sacrifice.

The film marks the second collaboration between Lanthimos, Farrell, Element and Film4 after 2015 Cannes hit The Lobster.

Lanthimos and Element have also been working on starry drama The Favourite, which follows the political machinations behind the scenes during the reign of Queen Anne, the last monarch of the House of Stuarts. Element is producing with Ceci Dempsey of Scarlet FIlms.

Ed Guiney said “Yorgos is truly one of the most exciting film makers working today and he and Efthymis have written a stunningly original script. We are delighted to be re-teaming with them and the amazing Colin Farrell for The Killing of a Sacred Deer. Film4 have as always been amazing backers and we look forward to working with them on the production along with our friends at HanWay and New Sparta Films.”

Film4 Director David Kosse added: “The calibre of cast Yorgos assembled for his first English language feature The Lobster, is testament to the regard his bold, unique vision is held in. He’s definitely one of the fastest rising filmmakers on the world stage, and Film4 are thrilled to renew our support for him on this next film, The Killing of a Sacred Deer which we have had fun developing with Element Pictures.

“We’re also very happy to be embarking on our first co-financing venture with New Sparta Films and working again with our friends at HanWay.”

New Sparta Films (NSF) MD, Nicki Hattingh, said: “NSF is thrilled to be supporting Element Pictures, Film4 and Hanway Films on Yorgos Lanthimos’ The Killing of a Sacred Deer. This is an incredibly prestigious project to add to our slate of creatively original and distinctive film investments. We very much look forward to working with Element and Film4 for the first time and collaborating once more with our friends at HanWay.”

HanWay Managing Director Thorsten Schumacher added: ‘We’re thrilled to be working on the next film from Yorgos Lanthimos. The terrific script will ensure The Killing of a Sacred Deer is a must have project at Cannes.