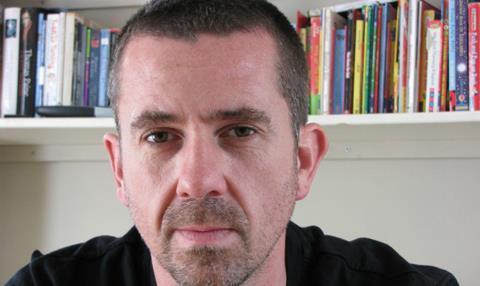 Creative England has appointed Paul Ashton to the role of head of film.

Ashton, who has recently served as acting head of film following the departure of Brek Taylor in January, becomes the outfit’s third head of film in the last 12 months.

Since joining the agency in 2013, he has also worked on a host of successful shorts such as Emotional Fusebox, Real Gods Require Blood and Ernestine And Kit.

Prior to joining Creative England, he was a development producer at the BBC where he worked on Riz Ahmed drama Shifty and shorts including Wish 143 and Turning.

Ashton told Screen: “I’ve been working for nearly four years as part of a fantastic, smart, committed team at Creative England whose driving purpose is to uncover, nurture and realise film talent at a critical stage in their career. This is truly the best kind of work in the world – where you make a genuine difference to people, and for the future. We’re making great films at Creative England, working with brilliant talent, and I’m very excited about what’s coming through that pipeline.”

Creative England recently revealed the latest projects to get backing through its Production Fund, which supports films in the English regions using lottery funds via the BFI.

The valued entity, which has a strong track record of supporting heralded indie movies such as 45 Years, Notes On Blindness, Lady Macbeth and God’s Own Country, has seen a high turnover of staff in the last 18 months.

The agency’s games, production services and film teams have all seen departures while funding has reduced from the BFI and European agencies.

The public and privately-backed outfit continues to oversee popular low-budget film scheme iFeatures although touted games and TV partnerships with the Imaginarium and Entertainment One have yet to produce significant results.