Nick D’Angelo, who most recently served as vice-president of production at Fox 2000, has joined the Los Angeles-based film finance and production company. 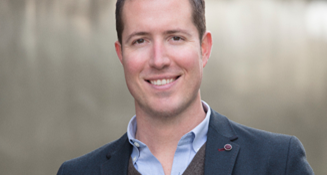 D’Angelo reports to Einbinder and will oversee development and production. Cristal’s slate includes Hitman’s Bodyguard, the action-comedy it co-financed and co-produced with Millennium Films that is in post and stars Ryan Reynolds and Samuel Jackson.

During his 13 years at Fox 2000, the executive worked on Alvin And The Chipmunks, Diary Of A Wimpy Kid and The Chronicles Of Narnia, among others.

“Nick is an incredibly smart, creative and passionate executive with a keen understanding of what it takes to make an international hit,” said Einbinder. “His creative insights and eye for material and talent with global appeal make him invaluable to Cristal pictures as we expand our production slate and ambitions.”

Cristal was recently founded and bankrolled by China’s East Light Media to finance and produce mid-to-high range budgeted, English-language films for domestic and global theatrical distribution with specific appeal to the Chinese marketplace.