Critics have hailed a decision by Georgia Governor Nathan Deal to block a religious liberty bill that they claimed would have discriminated against the LGBT community. 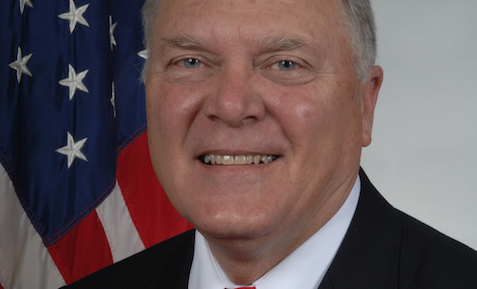 Hollywood studios, distributors, and individuals aligned last week with other organisations including the Human Rights Campaign against House Bill 757, threatening in some cases to withdraw scheduled productions from the state or at the very least urging Governor Deal (pictured) to veto the bill.

That he did on Monday (March 28(, telling reporters at a press conference: “I do not think we have to discriminate against anyone to protect the faith-based community in Georgia, of which I and my family have been a part of for all of our lives.”

“The message to Governor Nathan Deal was loud and clear: this deplorable legislation was bad for his constituents, bad for business, and bad for Georgia’s future,” said Human Rights Campaign president Chad Griffin.

“Discrimination and intolerance have no place in the 21st century, and any town, city, or state that enshrines it into law will not be judged kindly by history or by the American public. Thankfully, Governor Deal listened to the voices of Georgians, civil rights organisations, as well as the many leaders in the entertainment industry and in the private sector who strongly condemned this deplorable attack on the fundamental civil rights of LGBT people.

“We hope North Carolina’s Governor and General Assembly are paying close attention to what has transpired in Georgia, and that they undo their disgraceful attack on LGBT people in the state’s upcoming legislative session.”

The development signaled a victory for the LGBT community and its supporters, not to mention businesses in the state itself.

It is estimated Georgia, with its 30% production incentive, attracted around $1.7bn in direct production spend in fiscal year 2015.

State officials said last year that amount would translate into approximately $6bn in economic impact, although that figure has been called into question.

Miramax representatives issued a statement on Monday that said: “Miramax is proud to support diversity and we stand united with our industry peers against any discriminatory law that threatens the civil and human rights of the LGBT community or any minority group. We applaud Governor Deal in Georgia for making the right decision.”