New films on Screenbase this week include the directorial debuts of Michael Lennox and Rachel Tunnard, Terry Jones’ economics doc and Chris Crow’s The Lighthouse. 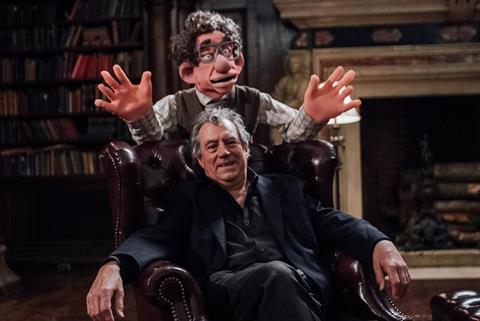 The Fyzz Facility production follows a celebrated novelist and TV personality who finds his reputation on the line when his life invaded by a lonely security guard who catches him shoplifting.

Producers are Robert Jones (The Usual Suspects), Wayne Marc Godfrey (Cake) and David Gilbery (Bone Tomahawk) for The Fyzz Facility with backing from The Fyzz Facility, Northern Ireland Screen and the BFI.

Principal photography has wrapped on UK comedy How To Live Yours starring Jodie Whittaker.

The film, about a young woman who moves back home in order to regain her confidence, marks the feature debuts of writer-director Rachel Tunnard and Screen Star of Tomorrow producer Michael Berliner.

The film, set for the international festival circuit in 2015, is co-written by Jones and economics professor Theo Kocken. The Python star also co-directs with son Bill Jones and Ben Timlett of Bill & Ben Productions.

Production has commenced on The Lighthouse, the story of two men trapped in an isolated lighthouse where they are cut off from the outside world.

Chris Crow’s (Panic Button) psychological thriller is based on the ‘Smalls Island incident of 1801’, one of the most infamous episodes in Welsh maritime history.

The Lighthouse is produced by Crow’s long-time collaborator and business partner David Lloyd of Dogs of Annwn. It will shoot on location near Cardiff Bay and Llantwit Major and on set near Cardiff city centre over four weeks.

Soda Pictures have distribution rights for the UK and Ireland.