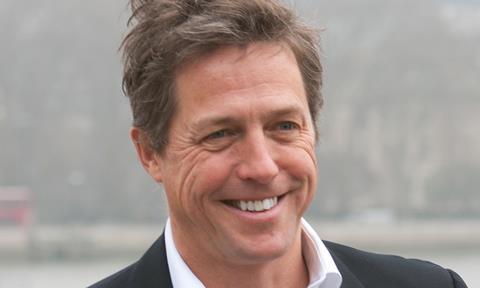 Hugh Grant and Brendan Gleeson have been confirmed for two leading roles in Studiocanal and Heyday Films’ Paddington 2, which started shooting yesterday.

The anticipated sequel finds Paddington happily settled with the Brown family in Windsor Gardens, where he has become a popular member of the community. While searching for the perfect present for his beloved Aunt Lucy’s 100th birthday, Paddington spots a unique pop-up book in Mr. Gruber’s antique shop, and embarks upon a series of odd jobs to buy it. But when the book is stolen, it’s up to Paddington and the Browns to unmask the thief.

Like the box office hit original, Paddington 2 is fully financed by Studiocanal and produced by David Heyman. Paul King returns as writer-director. King co-wrote the screenplay with actor-writer Simon Farnaby, who had a small role in the first film.

Alongside Grant and Gleeson, the lead cast from the 2014 original film, with the exception of Nicole Kidman, are all returning for the sequel. They include Hugh Bonneville and Sally Hawkins as Mr. and Mrs. Brown; Samuel Joslin and Madeleine Harris as the Brown children; Julie Walters as Mrs. Bird; Peter Capaldi as Mr. Curry; Jim Broadbent as Mr. Gruber; Imelda Staunton as Aunt Lucy; and Ben Whishaw as the voice of the marmalade-loving bear.

Paul King commented: “It has been a complete joy to return to the world of Paddington. It was such a delight to see his first big-screen adventure embraced by audiences around the world, and I couldn’t be more excited about Hugh and Brendan joining the cast to bring his next outing to life. Together, I hope we can make a film worthy of this most exceptional of bears.”

David Heyman commented: “I am thrilled to be back in the warm embrace of Paddington Bear, again under the inspired direction of Paul King. And I’m delighted to welcome Hugh and Brendan to our exceptional cast.”

Ron Halpern, EVP of International Productions and Acquisitions for Studiocanal, said: “Paddington is such a beloved film for all of us at Studiocanal. There really is nothing which could make us all happier than to be back with Paul King, David Heyman and this wonderful cast to begin a new Paddington adventure.”

Release dates for the five territories where Studiocanal directly distributes have also been confirmed: November 10, 2017 in the UK; December 6, 2017 in France; December 7, 2017 in Germany; and December 26, 2017 in Australia and New Zealand.

The 2014 original film endured some tricky moments in the run-up to release, including the ‘Creepy Paddington’ meme, the late departure of Colin Firth as the voice of Paddington, to be replaced by Whishaw, and the BBFC’s controversial decision to classify the film as PG in the UK.

But Paddington went on to prove box office gold for Studiocanal, grossing $270m at the worldwide box office to become the company’s highest-earning title in its history and the highest-grossing family film of all time released by a non-US studio.

Studiocanal fully financed, sold and distributed the film in territories where it has direct distribution: France, the UK, Germany and Australia/New Zealand. In the UK, the film grossed £37.9m for the company from its November 28, 2014 launch, to become one of the biggest hits of that year. In the US, where the film was distributed by TWC, the film grossed $76.3m.

The success of Paddington confirmed the company’s drive to produce and release more family entertainment films. As well as Paddington 2, Studiocanal is also in production with Aardman Animations on Early Man, following their successful collaboration on Shaun The Sheep.