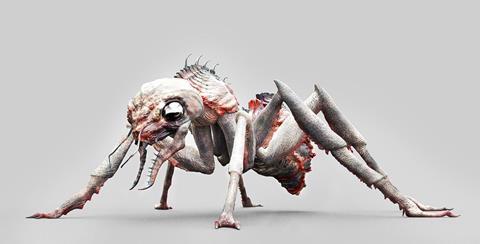 Fledgling UK production/finance company Alliance Media Partners (AMP) is collaborating with Finland’s Roger! Pictures to produce the action-comedy-sci-fi It Came From The Desert.

The film is the first feature from Roger! Pictures, run by producer Teemu Virta and director Marko Mäkilaakso, whose aim is to produce genre films with budgets of under $1m for the international market.

Kaukomaa said: “This deal with AMP gives us an extra power boost to produce this great script into a cool movie with a lot of marketing potential due to the cult following of the video game.”

Mäkilaakso (War Of The Dead), who wrote the script with Hank Woon and Trent Haaga, will also direct. Producers are Teemu Virta of Roger! and Bob Portal of AMP. AMP’s Inderpal Singh also executive produces.

The film is now in pre-production and will start shooting in the early autumn in Turku, Finland and the Almeria desert of Spain.

Canada-based Raven Banner is handling international sales; the film is set for delivery in mid-2017.

AMP is financing the movie from its own pool of equity and gap funds, alongside the Finnish Film Foundation, the West Finland Film Commission and Finnish production company Bufo.

“Since our first meeting with AMP, it’s been a fertile relationship on the project together,” said Virta. “I’m very happy about the results and that we can now bring our action-packed creature feature into production.”