EXCLUSIVE: Russell Levine’s production, development and financing company and the screenwriters resource group announced on Tuesday the winner of their first annual film and television competition. 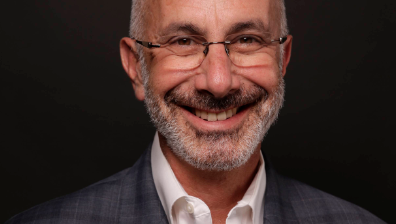 Route One will take an 18-month option with a view to developing the winning entry Sabiya written by Dorothy Bertram.

The company will produce a proof of concept short based on the script to galvanise support for the project, in a similar approach used by the filmmakers of Damien Chazelle’s Whiplash.

Route One CEO Levine (pictured) will produce the project and vice-president of production and development Sophia Dilley, who championed the partnership with Roadmap Writers, will serve as co-executive producer alongside Roadmap Writers founder Joey Tuccio.

Sabiya follows two young Yazidi women who struggle to survive after they are kidnapped by ISIS.

Roadmap Writers launched in April last year as a resource for screenwriters and arranges access to seminars, pitch sessions and workshops and connects new talent with producers and agents.

Since its launch, the company has helped 19 screenwriters sign with managers and agents such as Circle Of Confusion, Gotham Group, Gersh, The Shuman Company.

“We are so excited to collaborate with Roadmap Writers to present a fresh voice that aligns with our taste, said Dilley,” said Dilley. “We can’t wait to shepherd Sabiya through the development process and introduce Dorothy to the community.”

“Roadmap Writers was created to launch writers’ careers and we are thrilled to be working with Route One Entertainment to help bring Dorothy’s powerful voice and poignant story to life,” said Tuccio.”