The joint venture between Sidney Kimmel Entertainment and Ivanhoe Pictures launched last year to build a slate of local-language films across Asia has identified a Chinese-language project about the former NBA star. 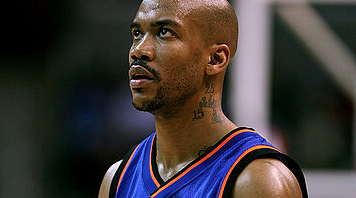 SK Global (which launched in April 2015 as SKE Global) is financing and co-producing with China’s Hairun Pictures My Other Home, which stars Marbury as himself and charts his rise to stardom, subsequent troubles with the NBA, and ultimate transition to playing professional basketball in China.

China’s Larry Yang – whose Mountain Cry just played at the Shanghai International Film Festival – is directing from his screenplay.

The producers have applied for official Chinese-US co-production status and shooting is underway in Beijing before a move to New York at the end of the month. Marbury played 15 seasons in the NBA and currently plies his trade for the Beijing Ducks where he has helped the team to three CBA championships.

She added that Chinese actors with some basketball skills are also featured prominently in the film, including Wu Chun, Vivian Dawson, Goffrey Gao, and Sunny Wang.

Ivanhoe is enjoying success with its South Korean hit and recent Cannes selection The Wailing, a co-production with Fox International Productions that to date has grossed $47.8m.