EXCLUSIVE: UK film and TV outfit to be led by Vivien Muller-Rommel. 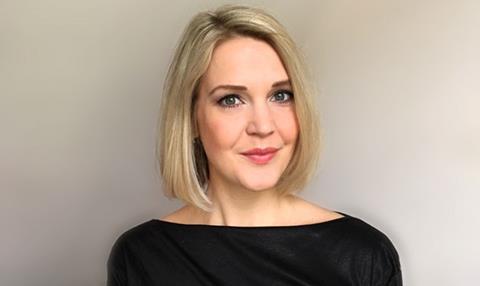 The Studio Hamburg Production Group has launched a UK production arm, which will be overseen by former BFI executive Vivien Muller-Rommel.

The German production and services centre is now looking to develop and produce a slate of English-language film and TV projects for the international market out of the UK with the former BFI executive in place as its local MD.

Muller-Rommel, a former Universal Pictures International and TWC int’l production and acquisitions assistant, spent five years at the BFI working in the Film Fund and the international department.

She will be building a team out of the company’s Soho office to produce around two features and two-three TV projects per year and will report to chairman of the Studio Hamburg management board, Michael Lehmann.

“British film and TV is known and loved all around the world thanks to the UK’s exceptional talent pool both in-front and behind-the-camera and its engaging storytelling from some of the best writers in the world. We will be working with established talent in the UK and internationally, but are also particularly excited to seek out and work with new writing and directing talent.”

Projects will be financed and produced out of the UK, with partners in Germany, the UK and abroad.

Lehmann said of the launch: “We are thrilled that Vivien will be heading up Studio Hamburg UK. Her thorough understanding of the international film arena, impeccable taste and strong international relationships will lead to many successful film and TV productions and we can’t wait to get started in the UK.”

The company recently wrapped on Markus Goller’s latest feature film, Simpel, based on the French bestseller by Marie-Aude Murail and starring David Kross and the Group is also in pre-production on a biopic about German rock star Udo Lindenberg. The Group’s most recent English-language film was 2013 title Night Train To Lisbon.