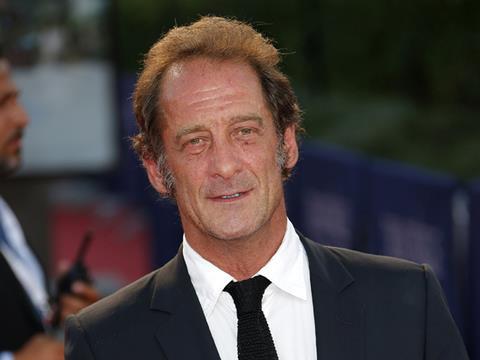 Vincent Lindon (The Measure Of A Man) will star in the film entitled Rodin, which will shoot in 2016 for a 2017 release to coincide with the centenary of the sculptor’s death in November 1917.

French director Jacques Doillon (Love Battles) will direct from his own screenplay.

It is Lindon’s first major role since his Palme d’Or-winning performance in social drama The Measure Of A Man at Cannes last May.

Casting is currently underway for the role of Rodin’s tragic collaborator and lover Camille Claudel and his long-suffering, life-long companion Rose Beuret.

The picture will start as Rodin turns 40 and enters one of the most productive periods of his artistic career in which he created works such as The Thinker and The Kiss as well as the controversial monuments to French writers Victor Hugo and Honoré de Balzac.

“It will capture Rodin’s life through the stories surrounding some of his most famous works as well as his relationships with Camille Claudel, his wife and the various models who were his inspiration,” Wild Bunch co-chief Vincent Maraval told Screen.

“He was surrounded by women throughout his life,” said Maraval. “It’s a mix between Renoir and La Belle Noiseuse.”

Pascaline Chavanne, who designed the costumes for Gilles Bourdos’ Renoir as well as François Ozon’s Potiche and 8 Women, is attached.

Kristina Larsen at Les Films du Lendemain – whose credits include Farewell My Queen and House of Tolerance – is producing.

Wild Bunch will be holding a special event for buyers at the Rodin Museum in Paris, which reopened in November after a three-year renovation programme, during the Rendez-vous.

The company’s new slate will also feature a number of films which will be ready in time for Cannes including Alain Guiraudie’s fifth film Staying Vertical (Rester Vertical).

Set against the backdrop of La France Profonde, or Deep France, it stars Damien Bonnard as a blocked film director who is left to bring up his young son alone after the mother — an enigmatic shepherdess he conceived the child with by chance — abandons them both.

Guiraudie’s last film Stranger By The Lake premiered in Cannes’ Un Certain Regard in 2013 to critical acclaim, winning the directing prize.

The new film is produced by Sylvie Pialat and Benoit Quainon at Les Films du Worso.

Other titles with Cannes potential include Julia Ducournau’s debut feature-length genre film Raw, about a student from a strictly vegetarian family who turns cannibal after tasting raw meat for the first time when she starts at a veterinary school.

“A lot of people talked to us about the director and told us she was worth watching. Julie Gayet first pointed Julia out to us. We loved her first short, and met and talked about the project - when she finally sent us the screenplay we loved that too,” said Maraval.

The company will also launch sales on actress-turned-director Rachida Brakni’s debut feature Visiting Hours about a mother and three daughters who make a monthly visit to a prison on the outskirts of Paris to visit a relative.

“It a sort of short road movie in which the journey follows the various stages and security checks the visitors go through from the entrance to the prison to the visiting room, ” said Maraval.

Other titles which will be ready in time for Cannes include Gilles Marchand’s new film In The Forest, a troubling tale about two young brothers sent to Stockholm to spend time with their estranged father.

He takes them to stay in a log cabin in the forest but the boys become concerned that he has a sinister ulterior plan.

Swedish Gotafilm is on board as a co-producer and Paris-based Pyramide Films is set to distribute in France.

It is a third feature for much-in-demand writer and film-maker Marchand whose previous directorial credits include Who Killed Bambi?

Other new titles on the slate include filmmaker-photographer Raymond Depardon’s France for which he travelled across the country with a caravan, interviewing people on cafe terraces about their preoccupations.

Wild Bunch Distribution will release the film in France at the end of April. A book and photo exhibition are also in the works.

At the Rendez-vous, the company will also world premiere Olivier Loustau’s debut feature The Boss’s Daughter in which the filmmaker stars as a 40-year-old factory foreman who embarks on a relationship with the owner’s 25-year-old daughter.

The film is produced by Julie Gayet and Nadia Turincev’s Rouge International.