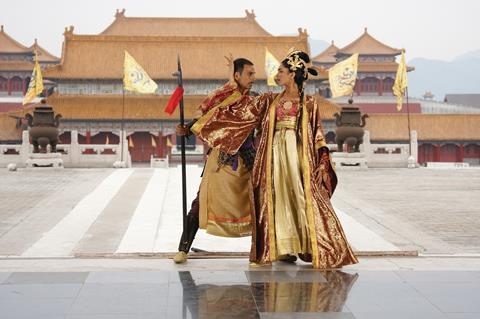 Although it must seem at times like an insurmountable task, the Motion Picture Association (MPA) has scored some successes in the fight against piracy in the Asia-Pacific region.

The export business out of Malaysia has almost been eradicated, due to the MPA’s work with customs and courier companies, and governments around the region are waking up to the fact piracy affects their territory’s status as a trading partner.

More than 90% of pirated copies, whether they are DVDs or online files, originate from camcordings

Local film industries have also joined the fight, although only major film-making centres such as Hong Kong and Mumbai have mounted a co-ordinated response.

MPA president and managing director, Asia-Pacific, Mike Ellis says there is still much to be done, especially given the inexorable rise of online piracy, which has escalated in territories with high broadband penetration, such as China, South Korea and Japan.

“We’ve had a mixed reaction from ISPs across the region,” Ellis says. “Some won’t even sit down and talk to us, while others will talk about what we agree on, what we don’t agree on, and where we need governments to step in and help us. We also need to educate consumers to do the right thing.”

The MPA continues to raid factories and burner labs across the region in an attempt to stem hard-goods piracy, and recently took down a high-speed FTP server (aka a ‘topsite’) in Hong Kong, but believes the most effective way to fight online piracy is through education, technology and legislative change.

Both Hong Kong and Japan already have laws against illegal camcording, the source of more than 90% of pirated film copies, but territories such as the Philippines, Thailand and Australia have no standalone legislation.

Hong Kong and Singapore also have tough laws against online piracy - a Hong Kong court jailed a man for three months in 2005 for uploading MPA member companies’ films in the world’s first criminal case against a user of BitTorrent technology.

There have also been criminal convictions for peer-to-peer (P2P) piracy in Taiwan, South Korea and Japan. Taiwan is also one of the first countries, with France, to introduce a controversial ‘three strikes and you’re out’ copyright law.

But while the tiger economies have been tightening legislation, it is a different story in the huge, emerging economies of China and India.

A 2006 report pegged losses in China at $2.7bn annually, of which just $244m was sustained by MPA member companies

Local entrepreneurs have been attempting to carve out a legitimate online distribution business in China - even forming alliances of piracy-free websites - but Chinese government crackdowns on the internet are usually concerned with censorship rather than copyright protection.

“Law enforcement agents are working hard [in China], but are losing the battle unless legitimate product is allowed into the market,” says Ellis, referring to China’s strict import quotas. Indeed, the country’s low IP protection score is a major bone of contention in the current trade tussles between China and the US.

The MPA also opened an office in Mumbai earlier this year and has joined forces with an anti-piracy coalition, formed by local copyright holders, who are concerned the Indian film industry loses around $959m a year to piracy.
MPA member companies have a low market share in India, but are moving into local-language production, and regard it as a priority market. However, due to India’s political and judicial systems, legislative changes would have to take place at a state level to be effective.

“The problem is that we have to tackle piracy on a state-by-state basis, so at the moment we’re focusing on Mumbai, and looking at how we can expand from there,” Ellis says.

Local industries bear brunt of losses to pirates The MPA estimates its member companies lose $1.2bn annually in potential revenues in the Asia-Pacific region due to piracy, while losses to local film industries are even higher.

A 2006 report pegged losses in China at $2.7bn annually, of which just $244m was sustained by MPA member companies. The region accounted for only 4% of the camcording problem in 2006, but ironically this number is increasing as more movies open in Asia day-and-date with the US.

There are three basic types of online piracy:

653,475
Number of pirated movies filmed illegally by camcorder found online in South Korea between January and May last year

49.5%
Proportion of internet users in South Korea who have illegally downloaded a movie Greater China and India Quotas open market for pirates