'A Tale of Three Cities': Review 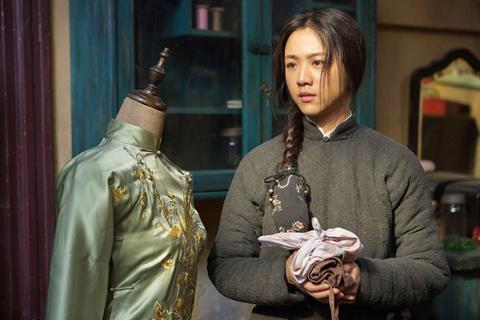 An epic love story set against the turbulent backdrop of China during the 1930s and 40s, this unfashionably overwrought melodrama is based on the extraordinary lives of the parents of martial arts star Jackie Chan. It’s fairly loosely based however, and their story has been polished into a boisterously sentimental ripping yarn which is rife with coincidences and near misses.

The pair are drawn together after Daolong’s wife passes away, bonding over a love of hard liquor and child cruelty

The screenplay is heavy on historical exposition. “The Communists are closing in.” “I didn’t expect them to be so relentless!” is one not entirely convincing exchange, delivered as the key characters flee the scene of a kerbside execution. It’s the cloth-eared dialogue, coupled with director Mabel Cheung’s dated approach and fondness for endless, weepy shots of generic anguish, which may severely limit the film’s commercial prospects on the international stage (having opened in China and Hong Kong), although A Tale of Three Cities is mid-way through a prestigous festival run which started in Toronto, and takes in Busan and London.

Written by Cheung and her long-term partner Alex Law, A Tale of Three Cities fields a timeline which is a little inelegant. We get a brief glimpse of a 1930s Japanese aerial assault which leaves numerous dead and a beautiful young mother, Yuerong (Tang Wei), clinging to her two daughters and searching frantically for her husband. This is all partially obscured by the grain on the photography, which looks like it was applied with a sand blaster.

Then we flash forward to 1951: Daolong (Sean Lau) is working in a Hong Kong hotel kitchen as a turkey chopper who breaks into impromptu Beijing opera performances during his break. And across the sea in mainland China, Yuerong is preparing to leave her children with her mother to join him, at long last.

Back in the distant past again, the film sets the scene for the initial meeting between Daolong and Yuerong. He’s a dashing official at a checkpoint, she is a desperate widow trying to raise money by smuggling opium disguised as crystal sugar rice cakes. He catches her, but, impressed by her plucky spirit, releases her without a charge.

The pair are drawn together after Daolong’s wife passes away, bonding over a love of hard liquor and child cruelty. There’s a staggeringly inappropriate scene in which they merrily down shots and force feed their respective children rotgut hooch infused with red chillies. There follows a relationship which endures, despite the best efforts of both the Communists and the Nationalists. Daolong’s other career as a ‘spy’ marks him out as a target for both, and he tends to get shot at regularly, whenever the drama flags.

This is an impressively mounted production. Period details are lavish, and there’s no denying the ambition in terms of scale and the scope of this two decade-long on-off romance. But tonally, it’s heavy handed.

Veteran director Cheung, who first dealt with the Jackie Chan ‘origins’ story in her 2003 doc Traces of the Dragon: Jackie Chan And His Lost Family, underscores each plot point with a sweeping orchestral score and lots of sentimental slow motion. A romantic sub-plot involving two friends of the couple gives the film an overstuffed feel, distracting attention from the main story. Plus there’s the considerable problem that while both Lau and Wei give decent performances independently, there is barely a spark between them on screen. Certainly, there is nothing to suggest a grand love affair that will endure through numerous separations, a serious head trauma and a near death by drowning.