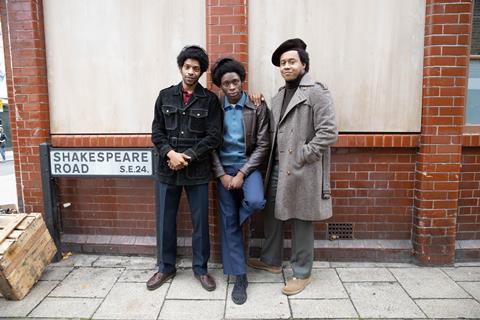 Steve McQueen’s ‘Small Axe’ comes home in its final two episodes. From the never-known-a-home of Alex Wheatle to the home life that gives fire to Education, the series grinds the political into the personal. Airing in the UK just before Christmas, they both provide, in different ways, lump-in-the-throat moments that carry a strong sense of the Dickensian into black London of the 1980s. This show has been an eye-opener, from the dramatic court case of Mangrove, to the joy of Lovers Rock and the father-son drama of Red, White, And Blue. But it’s a heart-opener too, and these last two episodes complete McQueen’s picture in-the-round, with feeling.

In a way, the series has circled the idea of the mother up to now: the harsh and uncaring Britain as the mother country to West Indian and African immigrants and their families; the batons and boots and twisted justice of the agents of her police state. In Alex Wheatle, the titular character (an intense Sheyi Cole) has never known a mother, father or any family, having been raised in an orphanage with casual cruelty. Spat out onto the streets of Brixton from a children’s home that gave this lonely black boy a Surrey accent and little else, the hole left by the absence of his mother is as gaping and obvious as the space filled by the magnificent maternal figure of Sharlene Whyte in Education (undoubtedly, the series’ best female performance).

It would take a hard heart not to break at the sight of Alex Wheatle (now a much-loved children’s author in the UK), sitting frozen on the sofa as his friend’s mother prepares his first-ever Christmas meal. He’s never been around family, or other black people; he’s hopelessly adrift in the Brixton patois and he’s also angry. McQueen moves the episode towards the New Cross Fire and the Brixton Riots of 1981 with black-and-white photography and a recreation of a street fight which is both painful and pungent. A spell in prison sees Wheatle share a cell with a wise old Rastafarian and a smelly toilet which will have life-changing consequences for the alienated boy.

Inside the story, McQueen holds the camera for two moving sequences: on Alex’s tear-stained face as he leaves his friend Dennis’s (the sparky Jonathan Jules) house at Christmas, with the sounds of the choir in the background, hopelessly alone in the city; and when he’s pinned to the floor by police, face into the floor. It’s shots like this which underline the fact that this is no ordinary BBC TV series.

The final episode, Education goes straight to the heart of the home occupied by the Smiths: two parents, two children, two-up, two-down. McQueen delivers a picture of the working class black family struggling to get by: it’s such a precisely staged anchor, it gives the cast and camera space to be fluid inside the frame, Whyte plays Agnes, the stoic, silent engine who keeps the machine on track. Blink and you’ll miss her preparing chicken for the evening meal at the same time as serving breakfast after a nursing night shift. She also has a cleaning job to go to. Kenyah Sandy is a delight as her mischievous, bespectacled young son who dreams of becoming an astronaut or playing for Arsenal. Neither is going to happen, though, when he’s sent to a “special school”; in another show, perhaps about white people, he’d have undiagnosed dyslexia; in Education, his condition is being black. 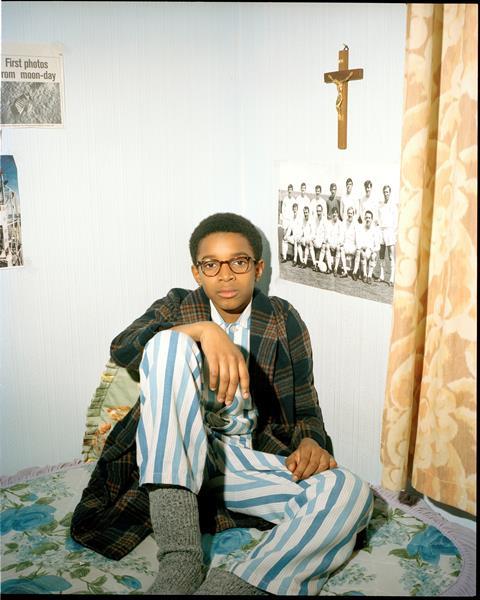 Despite the fact that fact-based, but fictional Education documents an appalling injustice against black school children, it’s also a romance about family love and the community of women: Kingsley’s loving, dreamy, smart sister (Tamara Lawrance) hopes to become being a fashion designer; dad wants him to get a trade; mum is tried by her fate in England but, helped by the community, rises into the power that we always know she had.

Again, as with all the ’Small Axe’ films, there are sequences here which set the film apart. Playing a dishevelled teacher, Ralph Davis’ excruciating performance of ‘House of the Rising Son’ to a class of bored, troubled children seems as if it could only be drawn from real life. Is it possible to imagine something this painful? Kate Dickie’s teacher initially seems as if she could be sympathetic, but at playtime she tells Kingsley to “swing in the trees like you’re back in the jungle for all I care, just don’t break any bones.”

Education is aptly titled as a finale, as it describes the effect of the Small Axe series, but the word ‘open’ also comes to mind.

Educate yourselves, McQueen is saying, as plans are made by the Smiths and their allies to write a letter to the newly-appointed Education Minister Margaret Thatcher about Kingsley’s case (an ironic note, not over-played)

Educate yourself, says Alex Wheatle’s cell-mate as he hands over a well-thumbed copy of ‘The Black Jacobins’. McQueen seems to be talking to everyone who’s watching, black and white, about the need to arm oneself with knowledge. As we look to the stars with him in at the end of Education, the hope for a better future as a result is suddenly overpowering in its potential.