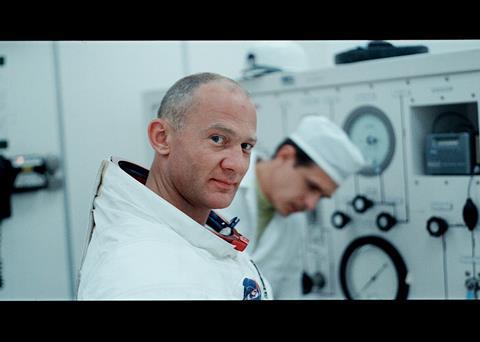 A real-life space odyssey, Apollo 11 charts the famous 1969 lunar expedition, one detailed step at a time. Comprised of pristinely restored never-before-seen 70mm film and voice recordings from the archives of NASA (the National Aeronautics and Space Administration), this meticulously conceived documentary is both a definitive account of the voyage as well as a creative, cinematic you-are-there unfolding of the events that transpired.

Miller relies exclusively on the archival footage to tell the story, providing no narration and little context

With worldwide rights acquired by Neon and international distribution in the works, this CNN Films-produced documentary is set to blast off in US and international theatrical markets later this year. If Universal’s First Man whet viewers’ appetites for a taste of Neil Armstrong’s life leading up to and after liftoff, Apollo 11 delivers a more comprehensive and historical account of the triumphant nine-day mission—complete with the planting of the American flag—that should satisfy the curious and space fans alike.

But filmmaker Todd Douglas Miller (Dinosaur 13) has not made a History Channel TV report. He relies exclusively on the archival footage to tell the story, providing no narration and little context, except for a voiceover early in the film spoken by famous TV broadcaster Walter Cronkite, who sets up the expedition as “the most dangerous mission ever attempted in space” and “a journey for the history books.”

In this way, Apollo 11 plunges the viewer into the moment. The opening pre-launch sequences provide a precious time capsule of the era. As Armstrong, Edwin “Buzz” Aldrin, and Michael Collins approach the gleaming spaceship, we see hundreds and hundreds of everyday onlookers—women with flipped bobs and big sunglasses; men wearing hats and suits, and children and adults with binoculars at the ready—all waiting on beaches, hotel verandas, atop cars, and city streets around Cape Canaveral to catch a glimpse of the astronauts and their historic launch. The vibrantly restored film footage makes it all seem like it could have happened yesterday.

Once the rocket takes off in an explosive climax—punctuated and enlarged by Matt Morton’s heavy drum-beats and pulsating Moog-driven synthesizer score—the film chronicles the elaborate and intricate operations that Apollo 11 underwent to get from earth to the surface of the moon and back again, all vividly documented in images straight out of a sci-fi opera. It’s a technological miracle that it all goes well as it does, from the “Lunar Orbit Insertion” to the “Trans Earth Injection” maneuvre, none of it looks easy. But there’s actually very little conflict. At only one point in the film, as the Lunar Module is landing on the moon, does some kind of red alert blare a warning, but the film’s normally shrewd lack of context in this case leaves the viewer unclear of the threat.

Still, Apollo 11 remains engaging, not because viewers fear for the astronauts’ survival, but because the details are so precise, from their first glimpse of Earth from space, which is cut off from view because of a window’s edge, to a quip Aldrin makes about making sure not to lock the Lunar Module door behind him, to to the mundane discussions about sand density surrounding Armstrong’s famous line, “That’s one small step for man, one giant leap for mankind.”

That line becomes a larger source of meaning for the film. While Apollo 11 is, of course, ostensibly about the space expedition, the film has another ultimate mission—to harken back to a nostalgic and innocent view of our planet and its people, where the idea of sending a man to the moon and planting a flag there isn’t about patriotism, but about the goodness and will of the human spirit.

Even disgraced U.S. President Richard Nixon, his first year in office at the time, comes off well in the film, saying in his call to the astronauts on the moon: “And as you talk to us from the Sea of Tranquility, it inspires us to redouble our efforts to bring peace and tranquility to Earth. For one priceless moment in the whole history of man, all the people on this Earth are truly one.”

It’s a nice thought, lingering through to the end of the film, and one that is sure to give heart and hope to the film’s audiences.