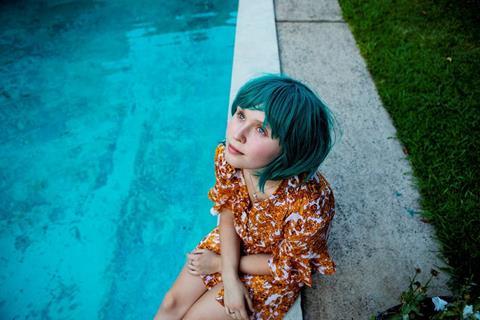 Cancer rom-coms are certainly a thing, but the debut film by Australian director Shannon Murphy doesn’t quite fall into the genre, even though it’s partly about a dying teenage girl who falls in love for the first time. Based on scriptwriter Rita Kalnejais’ play of the same name, and made by an all-female production and direction team, Babyteeth is a funny, affecting group portrait, a comedy-tinged family drama in which two invaders – 16-year-old Milla’s (Elizabeth Scanlan) cancer, and Moses (Toby Wallace), the older drug dealer and addict she falls for – somehow make a positive out of two negatives and provide ways forward for a group of stuck people.

Sentiment is kept at arm’s length for much of a film that is a far more indie, edgy prospect than, say, Now Is Good or The Fault In Our Stars. But it’s exactly this difference that will appeal to audiences in the market for a small, irreverent feelgood film that wears its arthouse credentials prominently on its sleeve, from the fluid, mobile handheld camera down to a soundtrack that mashes up Mozart, The Stranglers and contemporary music from Sudan Archives and others.

Casting, and what the cast do with their talents, is one key to why a film that could have gone all indie-twee really beds down emotionally. Playing a girl growing into womanhood just as her life is about to be taken away, Scanlen (most recently seen in HBO miniseries Sharp Objects) lends Milla a self-sufficient strength and willful contrariness that, like a faulty lightbulb, keeps flickering into vulnerability and despair. As Moses, Wallace is also on an alternating current, switching between selfishness and sensitivity, undermining trust, regaining it, then screwing it all up again. As Milla’s parents, Ben Mendelsohn – in what might be his best performance since Animal Kingdom – and Babadook star Essie Davis, are utterly convincing as a couple deeply in love and deeply divided by what’s happening to them.

Split into a series of often very short chapters with onscreen titles like ‘When Milla met Moses on Platform 4’, Babyteeth opens with the feisty teenager already ravaged by a form of cancer that is never specified; there is only a single, brief hospital scene. Home is a modern, artsy house with pool in a leafy Sydney suburb, where Milla attends the kind of nice girls’ school that requires uniforms. Her highly-strung, musically gifted mother Anna (Scanlen) and psychoanalyst father Henry (Mendelsohn), who seems unable to diagnose his own emotional block, can’t quite bring themselves to treat Milla as a normal adolescent by ignoring her or shouting at her. The cluttered apartment of an offbeat music teacher engagingly played by Eugene Gilfedder provides an escape from the modernist glass boxes and relentless tastefulness of Milla’s family home.

Tattooed, self-absorbed drifter Moses, who Milla meets on that railway station platform, is clearly a refreshing antidote to her parents’ infuriating walking-on-eggshells considerateness; though for him she’s initially just a convenient source of drug money. There’s clear comic potential in a 23-year-old junkie having dinner in a bourgeois house with a 16-year-old girl and her parents, who only tolerate him because you’re meant to spoil and indulge kids with cancer. But for every comic beat (and there are plenty), the film provides a dramatic counterbeat, or combines both uneasily yet effectively in the same scene – as when Moses breaks into the house where he was a guest, to steal prescription drugs. It’s clear that he’s not the only one of this foursome who suffers from addictions and dependency – but this parallel is never forced.

Babyteeth jumps forward in time more than once, and briefly back in its moving final scene, somehow mirroring in its structure the dilations and contractions of Milla-time, as good days are succeeded by relapses. It’s also a neat touch that a school prom brought up more than once in the script – the kind that a Hollywood movie would have made into a happy tearful final romantic scene – is simply forgotten about at a certain point. In a film where dancing is both a visual theme and a kind of mood texture, Milla moves to a different beat.