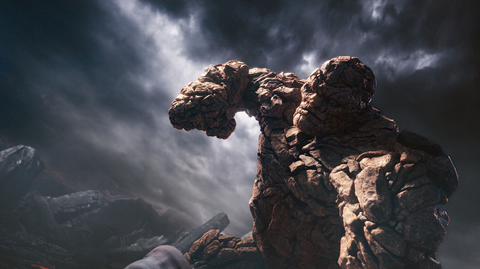 After battling months of bad buzz about a troubled production and the need for reshoots, Fantastic Four emerges as a wounded animal of a superhero movie, only rarely showing flashes of the darker, more emotional breed of Marvel film it’s trying to be. Certainly, Fox’s rebooting of the franchise blessedly lacks the dopey irreverence of the 2005 version and its sequel, both directed by Tim Story, but Chronicle filmmaker Josh Trank struggles to balance an origin story, mediocre comic-book action, and a strained metaphor about dysfunctional families. A good cast led by Miles Teller gets swallowed up in a narrative that grows progressively more muddled and tedious.

Trank can’t summon up the inventiveness, pathos or edge that made Chronicle so stirring. Even the new film’s action scenes feel choppy and unimpressive.

Opening across much of the globe by August 7, Fantastic Four will be socked by bad reviews and poor word-of-mouth, the film serving as a test of how much superhero-movie fatigue is out there in the marketplace. Teller, along with co-stars Kate Mara and Michael B. Jordan, have a little name recognition with viewers, but after initial good grosses, Fantastic Four may prove to be a weaker performer than other recent comic-book offerings. If audiences smell a stinker, though, the commercial drop-off could be even steeper.

Early on, the film introduces us to nerdy teen egghead Reed Richards (Teller) and his working-class best friend Ben Grimm (Jamie Bell), who must say goodbye once Reed is accepted into the Baxter Institute, which is working on a technology that can transport matter to other universes — a technique, it appears, that Reed has already come close to perfecting. Teaming up with the pretty and brilliant Sue Storm (Mara), her bad-boy brother Johnny (Jordan) and an arrogant rebel genius named Victor Von Doom (Toby Kebbell), Reed begins work on a machine that can open a portal between our world and a mysterious alien realm.

Fantastic Four’s opening sections show promise, Trank and his two fellow screenwriters Jeremy Slater and Simon Kinberg taking their time establishing Reed’s personality, his friendship with Ben, and his sweet, tentative flirtations with Sue. But after Reed’s team puts the finishing touches on their contraption, the movie’s first major signs of trouble start to appear.

Mad that their corporate-minded boss (Tim Blake Nelson) wants to have the initial tests done with NASA astronauts, Reed, Johnny and Victor — giddy from a night of drinking — decide that they’ll secretly strap themselves into the machine and journey to the other realm so that they can get the glory of being the first to step foot on this new world. Impulsively, Reed calls Ben in the middle of the night to join them on the impromptu expedition, figuring that his old friend should be a part of a scientific breakthrough he helped Reed begin long ago.

It’s not an unusual trope in fantasy and comic-book movies for the heroes to bring about their own superpowers by accident, but the thought process displayed by Fantastic Four’s supposedly brilliant characters borders on idiotic. Explaining away their actions by making them drunk and immature — “they’re just kids” is a convenient excuse used a few times in the film — Trank finds a flimsy rationale for getting them into the teleportation machine, with Ben’s rash choice to come along just as ludicrous. Not surprisingly, things go awry as the unlikely astronauts get dosed with a strange energy force on the alien world, Victor seemingly killed in the process and left behind. (Sue, who didn’t know about the plan, gets zapped by this energy once they arrive back at Baxter Institute.)

From there, Fantastic Four makes less and less sense, leading one to wonder if these rumoured reshoots and script problems were chiefly in the film’s second half. Instead of the mildly interesting character development and slowly growing intrigue that came before, Fantastic Four shifts into an awkward combination of government thriller and clichéd superhero drama in which the characters sit around lamenting their powers. (Sue can make herself invisible and create force fields. Johnny can fly and turn himself into a living torch. Ben, now nicknamed The Thing, has been transformed into a towering rock figure. Reed’s body can twist, bend and stretch as if he were rubber.)

The crippling problem is that it’s impossible to sympathize with their plight when it’s unclear why they’re doing anything once the film fast-forwards a year to show us what has become of the Fantastic Four. Ben has inexplicably volunteered to be a military weapon, believing his compliance will lead to him getting cured. (If he’s so powerful, why doesn’t he just try to escape?) Likewise, Sue and Johnny are working with the government to hone their powers, and again the weak rationale is that they believe they have no choice in the matter — or that it will curry favour with the authorities, who will try to return them to normal. As a result, Fantastic Four may be the first superhero movie in which the main characters hang out and doing nothing out of some misplaced loyalty to their meagre, mere-mortal captives. (Isn’t the whole advantage of superpowers that you can overwhelm those around you?) The confusion only continues when Reed, who’s been on the run for a year and apparently did little productive during that time, is captured and brought back, creating a forced tension between him and the other heroes.

This sense of unfocused, disjointed plotting plagues the film. Once it’s revealed that Victor hasn’t died but, rather, become the fearsome, iconic Fantastic Four nemesis Dr. Doom, the character goes from being a mild misanthrope to becoming a moralistic avenging angel who believes that humans should be exterminated for how they’ve treated the planet. Similarly, Reed and others try to rally the heroes by telling them that they’re a family and that they can do great things only by working together. Where these sorts of character motivations come from is anyone’s guess, although the most likely answer is the big book of comic-book movie clichés.

Fantastic Four’s failure is even more dispiriting considering that Trank’s Chronicle was, in essence, a superhero origin film, cleverly revitalizing the found-footage genre to tell the story of some young men who stumble upon incredible powers that ultimately destroy them because they lack the necessary discipline. That scenario recalls Fantastic Four, but with a much bigger budget and grander, more self-important themes, Trank can’t summon up the inventiveness, pathos or edge that made Chronicle so stirring. Even the new film’s action scenes feel choppy and unimpressive.

As for the cast, they’re mostly lending a sense of authority to a movie utterly lacking in confidence or vision. Teller probably comes across best, capably playing a lovable nerd early in the film and then evolving into the leader of this band of mutants. (Unfortunately, Reed’s other superpower becomes the ability to spout exposition in Fantastic Four’s second half so that we understand exactly what Dr. Doom’s evil plan is and how they can stop it.) Kebbell, who was terrific as the principal villain in Dawn of the Planet of the Apes, shows some flair for being arrogant and brilliant, but once he transforms into Dr. Doom, he’s trapped in a nothing part — although at least the actor, his character hidden behind a mask, doesn’t have to worry about showing his face.