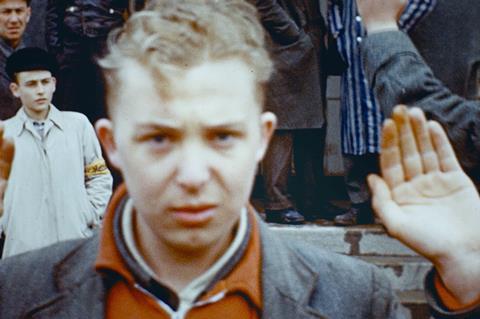 Final Account is the last legacy of the late British documentary film-maker Luke Holland, who passed away in July 2020 after spending much of the last decade tracking down and interviewing elderly Germans in their innocuous suburban settings about the years of depravity spawned by the Third Reich. This 90-minute film is derived from a large archive comprising 300 interviews with perpetrators, collaborators and witnesses to the Shoah, from defiant Nazis to those who hung back and did nothing for fear of repercussion. Holland, whose mother lost her family in Germany to the Holocaust, has produced an academic study – rarely does the temperature rise on his insistent probing, until the final two sequences boil over.

It is predictably repugnant to watch unreconstituted former Nazi officers fingering their insignia, although most of the interviewees tend to be more evasive, masters of the shifty denial and self-justifying equivocation, with one burning exception. Frail, for the most part – with a few notably fair and blue-eyed octogenarians – these are people who grew up with Hitler’s National Socialist Party, from 10 years-old and the Jungsvolk to Hitler Youth at 14 and on to the Waffen SS. “Elite” is a term still bandied around proudly. “The heroes you’d expect to find, there aren’t that many of them,” is one comment that could be a precis of Holland’s bare-bones film, as it moves from nursing homes to their stuffy front rooms.

To the strains of a throbbing cello, footage of train tracks silently connect various concentration camps in the present day, from Sachsenhausen to Mauthausen and Auschwitz, to the interviewees in their homes and day care centres. In other words, Holland’s work is very closely connected to Claude Lanzmann’s Shoah. It’s the same horrible story, with the witnesses 40 years older. Everything is fuzzier, more slippery: they’ve made peace with a past which was anything but. “Only the poor Jews were killed straight away,” says one woman, who would go to the neighbouring camp for free dentistry from the inmates. Does that make her teeth more acceptable?

Primo Levi’s warnings on the danger of the common men, the functionaries, give Final Account its connective tissue as Holland slips through their imprecise recollections of past misdeeds. The rousing anger of a former camp guard as young German students slip back into anti-immigrant rhetoric is a decisive moment in the documentary, swiftly followed by an old Waffen SS member who has learned no new tricks since the Third Reich fell. Undoubedly, Holland’s testament and his late life’s work serve to underline the malice of a regime in which ordinary people did nothing and perpetrators enjoyed their power. Everything here is sad and hollow.

Despite the fact that Holland started conducting these interviews in 2008, there’s also a sense of unfinished business in Final Account. The edit is loose, impressionistic. There’s not an abundance of context in which to frame these seemingly ordinary old people who have experienced a terrible past and behaved in terrible ways. Interview footage is varying both in quality and the range of subjects and their thoughts (some are repentant, some aren’t; some were highly complicit, others were bystanders). His examination is exhaustive, and he has gone to great lengths to find his interviewees, but they are only linked by his camera and the fact they were alive at the time. Archive footage, a lot of it previously unseen, doesn’t quite pin the talking heads to the past they won’t acknowledge, and Holland’s documentary ends up being too much, but also not quite enough. Final Account is shocking footage which hasn’t quite made the leap into being a forensic film.

Close-up archive photography of corpses is jarring in a way that probably wasn’t intended: starved and murdered, their appearence here feels like the latest in an eternal loss of their privacy and agency.