Back for a fourth outing, and anchored again by veteran actor Lin Shaye, the Blumhouse franchise shows signs of distress 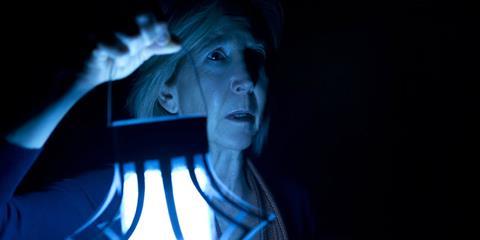 The fourth instalment of the Insidious series has deft scares and some nifty twists, all of which don’t entirely distract from how strangely inconsequential The Last Key ultimately feels. Veteran character actor Lin Shaye, who has become the franchise’s spiritual centre, provides this sequel with emotional grounding, and director Adam Robitel adheres to the previous films’ emphasis on creepy-crawly suspense over outright gore. But not unlike the fate that eventually befell the Saw series, which was also shepherded by filmmakers James Wan and Leigh Whannell, The Last Key ultimately feels more like an exercise in extending a brand than a definitive new chapter in paranormal horror.

The weight of the past is heavy on Elise’s shoulders, and the same could be said for this strained series

Opening January 5 in the States and January 12 in the UK, The Last Key would love to equal the commercial success of 2013’s Insidious: Chapter 2, which grossed $162m worldwide on a tiny budget. But the franchise may be close to giving up the ghost, with even the performance of 2015’s Insidious: Chapter 3 ($113m) not entirely secure.

The new film is set in 2010, after the events of the prequel Insidious: Chapter 3 but before the original Insidious, as renowned parapsychologist Elise Rainier (Shaye) takes her trusty sidekicks Tucker (Angus Sampson) and Specs (Whannell) to New Mexico to investigate a haunted house. But Elise has grave reservations about the assignment given that this is her childhood home that she fled as a teenager.

A supporting character in the first two Insidious films, Shaye took centre stage in Insidious: Chapter 3, and she continues to be the main attraction here, finally facing the difficult, violent upbringing she has tried to forget — and which we will learn more about through flashbacks.

As he did for the first three instalments, Whannell serves as the film’s writer, exploring Elise’s backstory amidst the obligatory fright sequences involving menacing phantoms and unexpectedly malicious mortals. The Last Key lacks the icy, old-school dread of Wan, who directed the first two Insidious films and serves as producer here. But relative newcomer Robitel (The Taking Of Deborah Logan) does ensure that this sequel has the same calm, clammy pace of the earlier instalments.

As Elise and her chums study this spectral disturbance, Robitel executes the horror elements competently, but there’s a touch of the routine to the investigation’s procedural nature — as if we’re watching just another episode in a long-running television drama. To spice up The Last Key, Robitel and Whannell invest in Elise’s emotional journey, in which her past and present collide and she discovers secrets about her troubled background.

The filmmakers also come up with a decently potent feminist theme as the movie evolves into an examination of the pain endured by wives, mothers and daughters at the hands of abusive husbands and fathers. With Tucker and Specs mostly serving as weak comic relief, it’s really up to Elise and a few other female characters to help each other through this ordeal, and The Last Key occasionally hints at something primal about the bond between women who take control of their destiny.

But those attempts at greater dramatic heft only underline what is otherwise threadbare about the film. From its occasional use of grainy night-vision cameras to its jump-scare gimmicks, The Last Key closely follows modern horror’s trendiest elements. And while Shaye brings a weathered gravitas that her younger cohorts can’t match, The Last Key must awkwardly squeeze into the Insidious mythology’s timeline, mostly colouring in some minor narrative blanks that did not necessarily need to be filled.

To be sure, it’s quietly radical that a popular fright franchise — working in a genre that tends to cater to younger audiences — is now anchored by a 74-year-old actress who capably portrays a smart, aging doctor who doesn’t know if her lifelong ability to communicate with the dead has been a blessing or a curse. But just as Saw eventually succumbed to diminishing returns, labouring to fit more instalments into a tight narrative that didn’t have the room, The Last Key throws in plot surprises and superficial character shading as ways to stave off the franchise’s inevitable demise. The weight of the past is heavy on Elise’s shoulders, and the same could be said for this strained series.