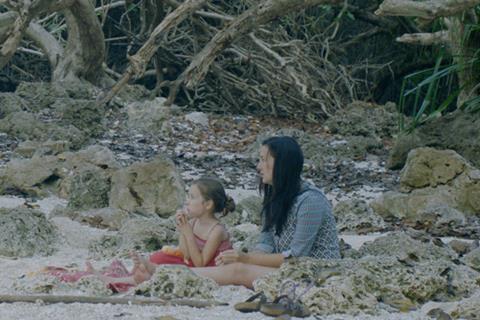 Island Of The Hungry Ghosts

The feature debut of Australian filmmaker Gabrielle Brady is the latest in a long line of documentaries – Human Flow and Fire At Sea among them – to tackle the refugee crisis. An extension of Brady’s 2017 short The Island, Island of the Hungry Ghosts eschews the more raw and urgent aesthetic favoured by many of its antecedents for an altogether more lyrical and poetic approach to the subject. And this approach highlights not only the terrible reality faced by many, but also gently reveals the absurd cruelty at the heart of much of human behaviour.

Receiving its World Premiere at Tribeca before heading to Visions Du Reel for the European unveiling, the BFI / WDR co-production will undoubtedly prove to be a draw at documentary festivals across the world. The 2015 winner of the UK and Italy-based artist filmmaker initiative Feature Expanded is also sure to cast its net much wider, with its hybrid approach to the material (which encompasses both fiction and documentary as non-actors are used in real and co-scripted scenes ) and timely subject matter giving scope for an arthouse theatrical run in various territories.

Located in the Indian Ocean, Christmas Island is one of the last discovered places on Earth and is home to less than 2000 inhabitants; a heady mix of people with Chinese, Malay, Indian and Australian ancestry with the attendant varying religious beliefs and customs. This slice of Australian territory is also home to the Christmas Island Immigration Reception and Processing Centre, a detention centre for more than 800 asylum seekers looking to enter Australia.

Poh Lin lives on the Island with her family and is a trauma counsellor whose job it is to offer detainees advice and support. But recommendations for care and support for those who attend her sessions go unheeded by the authorities. People fail to turn up to therapy, and their status is withheld from Lin due to ‘security reasons’. She finds herself increasingly powerless to help those who are also powerless themselves.

As this human drama plays out, forty million land crabs begin their yearly journey moving from the depths of the jungle to the coastline. They weave their way through a human population that undertakes rituals to appease the ‘Hungry Ghosts’; lost souls who are said to wander the island at nights searching for a home.

The film makes much of the irony and absurdity of attitudes to immigration and refugees. As people go out of their way to ensure that the land crabs’ journey is as smooth as possible, Michael Lantham’s lush cinematography - long, languid shots of the jungle and crabs on the move -  pushes the idea of a natural instinct to migrate. Against this, brief shots of the detention centre, all angular concrete and beige walls, become almost profane.

The testimony of the detainees is revealed in therapy sessions with Poh Lin as they recount stories of brutal treatment at the hands of the centre’s authorities. One voice over powerfully recounts the infamous protest in which some of the detainees sewed their lips shut to highlight their treatment. As potent as they are, however, these moments seem fleeting and only scratch the surface. The detainees have become the titular ghosts, as they drift unseen in search of a home that they will never find. While humans will indulge those who are long departed, or work hard to ensure that the crustacean population are accommodated, those who are in the most urgent need of care and attention are forgotten.

By filtering their experience through Poh Lin’s increasing frustration and inability to help the film would seem to be denying the refugees a degree of power and agency, but this is in some ways very much the point. The film is as much an exploration of often contradictory human attitudes towards migration as it is towards the experiences of the refugees themselves.