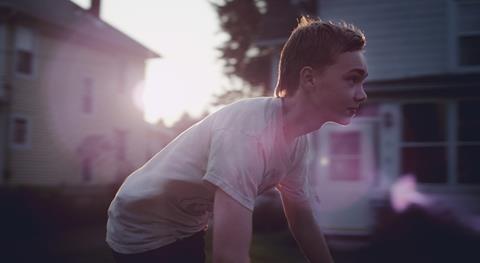 King Jack is authentic without being grim; moving and tentatively hopeful.

King Jack should exit Tribeca with confidence, assured of festival exposure and some art-house attention, particularly in the US. Led by Plummer, a boy who can’t help but bring to mind a young River Phoenix in Stand By Me, King Jack’s young cast is fresh and natural (even Erin Davie, good in the role of the harried working mother, is noticeably younger than the norm).

Thompson’s rites-of-passage framework is certainly familiar, right down to a game of Truth or Dare played out in a girl’s bedroom, and King Jack feels slight, stretched at a mere 81 minutes. This film still manages to be relevant, however, and Thompson is adept at playing with audience expectations. There’s a teenage following out there for King Jack, above and beyond the cineaste admirers it may attract. It’s authentic without being grim; moody and tentatively hopeful. There’s a British verite influence at play, but King Jack’s heart is positively American.

Plummer is a stand-out as Jack, first captured spraying a garage with foul graffiti. He cycles home, takes a selfie, and masturbates in the shower. His mother is caring but borderline negligent; his brother Tom – who could be his father – works in a garage. The two don’t get on. (Tom is played by Christian Madsen, son of Michael, and his screen presence may well be genetic.) This broken-down land is bereft of grown-up supervision, and a Lord of the Flies atmosphere prevails.

As King Jack reveals itself, however, it becomes clear that Jack is not, indeed, the borderline delinquent he originally appears, but a fragile young boy on the cusp of adulthood – a 15-year-old victim of relentless bullying at the hands of thuggish Shane (Danny Flaherty) and his cohorts.

Persuaded by the treacherous girl he admires (Robyn, played by Scarlet Lizbeth) to take a picture of his penis, Jack lays himself open to even more humiliation and abuse. But a turning point in his life arrives in the portly shape of his young cousin Ben (Cory Nichols). Ben’s mother has just had “another incident” (Jack is called “scab” by his enemies; Ben is named “schizo”). The two roam around for the afternoon. There’s “fuck all to do,” says Jack, and a backyard game of baseball deftly and touchingly illustrates how much of the child remains in this young man.

Jack’s naïveity makes him easy prey for Shane’s vicious gang, however, and the violence in this town appears to move in a cycle. There’s a girl, Karin (Yainis Ynoa) who likes Jack, but he needs first to understand what is good in his life and what is worth standing up for.

King Jack was supported by The Sundance Institute, and it’s an intriguing start for Thompson, who sets his case as a name to watch. DP Brandon Roots shoots King Jack with a determination to find beauty in the mundane and the broken. It’s sympathetic lensing, augmented by Emmeline Wilks-Dupoise’s presentation of a dingy but not hopeless Hudson Valley locale. Music is over-emphasised, the repetitive guitar strings adding little to a film which features a startling amount of violence given its subject matter - almost distressingly so, given these are children on screen, even as they attempt adult lives.