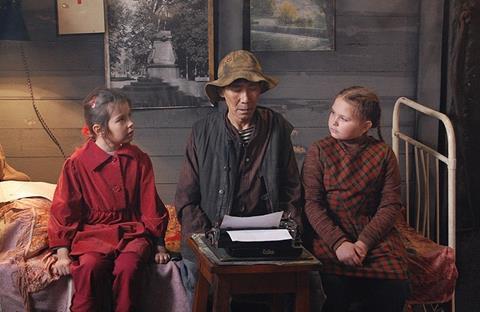 An underworld story with a bleak moral sting, A Stoker (Kochegar) is the latest violent drama from stalwart Alexei Balabanov, whose crime stories – from 1996’s Brother on - have constituted a sort of secret history of the former Soviet Union.

Cleanly, confidently executed narration, plus affectingly downbeat lead from Mikhail Skryabin, could give A Stoker a wider appeal than some of the director’s more relentlessly grim provocations. Sales prospects look modest, but the film will keep Balabanov’s festival profile buoyant.

Skryabin – sharing his surname with his character - plays the Major, a member of the Yakut people and a Soviet war hero, shell-shocked on duty in Afghanistan. Now, in the mid-90s, he tends a furnace that heats a St Petersburg building and also serves as an incinerator for corpses dispatched by a hitman, the ‘Sergeant’ (Mosin).

While the Major performs his humble duties – and attempts to type an epic narrative about a historical outlaw – his vampish daughter Sasha (Tumutova) is engaged to ‘Bison’ (Matveyev), the thuggish and taciturn henchman to the Sergeant. But the Sergeant’s daughter Masha (Korotaeva) – Sahsa’s collague in a fur business – is also sleeping with Bison…

A Stoker is set in a pitiless genre universe in which life is cheap, and death comes suddenly at the behest of those who can afford to buy it. The Major is complicit in the culture of slaughter, turning a blind eye as bodies are dumped into his flames, but as events take a black turn, his former heroism briefly flares one last time.

Although the characters are all essentially stereotypes, the film is nicely acted all round. Balabanov adopts a disconcertingly flip tone from the start, a relentless cheery Latin-flavoured soundtrack playing to ironic effect throughout. A surprise black-and-white coda provides a pithy tragicomic punchline to this absorbingly nasty shaggy dog story.