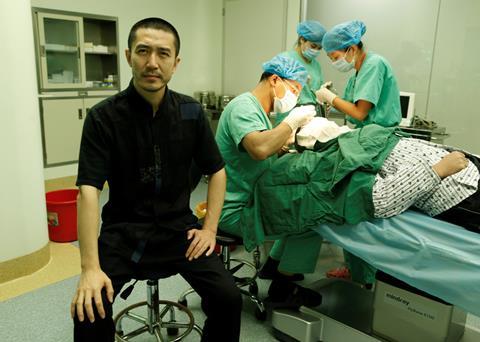 ‘Mirror, Mirror On The Wall’

In the world of celebrity cosmetic surgeon Dr Han, beauty is not just a right, but a duty. It’s also, and this is where this eye-opening but somewhat uneven documentary sets a whole wall of alarm bells ringing, a performance. Dr Han, with his hard, glittering smile and jaunty array of patterned scrub caps, lives in the public eye and expects his patients to do the same, even if that involves live-streaming their surgery. Dr Han considers himself an artist; the willowy young women who are filmed ‘spontaneously’ dancing for joy on the gurney in advance of their breast augmentation operations are his clay.

So accustomed to being constantly filmed is the doctor, he very rarely drops his charming performance.

He’s a fascinating subject, this talented marketeer and unforgiving perfectionist, with his surgically enhanced sense of his own self-importance. And if the film had been content to just capture him in his own domain, surrounded by sycophants and the reflecting lenses of their cameras and smartphones, then it might have been one of the more compelling documentary portraits of the year. But Dr Han’s quest for self improvement takes him to LA, where he attempts to polish his English. Both the film and the doctor rather lose momentum and direction at this point. Still, this is a title which should generate further festival interest and should score sales to television and streaming platforms.

In subject, if not execution, there is a kinship here with Zhu Shengze’s Rotterdam prize-winning Present. Perfect. This is more conventional in its observational approach and particularly in its music choices, but both films look at the extreme fringes of China’s live-streaming industry. Both explore how far the stream ‘anchors’ will go in the pursuit of validating clicks, followers and, in one case a “small crab gift”. But Mirror, Mirror also taps into other elements: how the obsessive pursuit of unrealistic physical goals can suck the joy out of life, for example; and how Dr Han’s unsatisfying relationship with his mother is filtering down into his parenting of his own daughter.

It’s tempting to link Dr Han’s relentless quest for perfection, in himself and in others, to the mother who never praised him and who would repeatedly admonish: “Don’t be proud, you can do better.” But any sympathy for the man soon evaporates when we see him scrutinising his teenage daughter and accusing her of having fat arms. Dr Han complains about his loneliness – although he is constantly surrounded by fawning acolytes, it is the ‘fans’ on various streaming accounts that save him from the pain of isolation.

So accustomed to being constantly filmed is the doctor, he very rarely drops his charming performance. The moments when he does – his mounting displeasure, for example, as he watches an assistant organising an insufficiently insta-friendly outside seating area – though few and far between, are revealing. Schöberl’s camerawork is deft enough to spot the cracks in Dr Han’s glossy facade. But one gets the sense that this man who is accustomed to directing his own life on camera was not exactly a hands-off subject for this film. This might account for some of the oddly inconsequential footage from his LA sojourn – we spend an inordinate amount of time watching Dr Han getting coached by his Hollywood personal trainer – which tells us nothing apart from what we already knew: Dr Han is very, very vain.

’Mirror, Mirror on the Wall’ plays as part of ‘Grand Angle’ in www.visionsdureel.ch for one day from April 29.