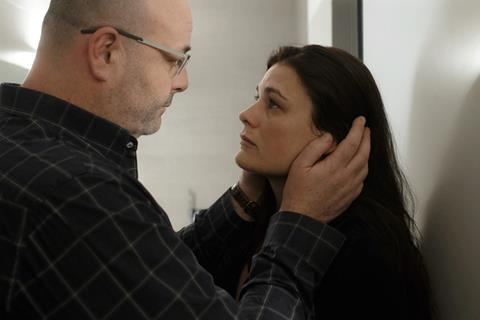 Physical harm is far less alarming than the threat of reputational damage in Nightlife, a tautly handled, becomingly modest thriller from veteran Slovenian director Damjan Kozole. True events lie at the heart of a drama which explores a violent attack and the mounting speculation as to what really happened. A strong performance from lead Pia Zemljic as an anxious, shellshocked wife and the tightly controlled mixture of mystery and moral dilemma all combine to make Nightlife intriguing and accessible,promising a good future on the festival circuit.

The images and screenplay bring a noir-ish sensibility to a story in which a single incident grows to symbolise a modern world in which character assassination is as easy as posting a tweet or updating a Facebook profile.

As the story begins, attorney Milan Potokar (Jernej Sugman) has secured victory in a high-profile case. Charges have been dismissed during to a procedural error. These is little sense of jubilation in a man who seems distracted and downhearted, though. His wife Lea (Pia Zemljic) asks if he is pleased with himself. Later that night, Milan is found on the pavement, naked, lying in a pool of blood and covered in lacerations that look like dog bites.

Lea rushes to the hospital, fraught with worry about Milan and determined to make sense of events.

Kozole is economical in building suspense and showing us how the balance of concern tilts from what happened to this poor unfortunate man to what degenerate activities he might have been caught up in. One bystander uses his camera to take pictures of Milan as he lies bleeding on the ground.  An initial police interviews sees Lea being asked if their marriage was in crisis or whether they indulged in any unusual sexual practices.

Miladin Colakovic’s crisp cinematography grounds the film in a twilight zone of empty hospital corridors and abandoned streets where dark deeds happen in the dark of night whilst the city sleeps. The images and screenplay bring a noir-ish sensibility to a story in which a single incident grows to symbolise a modern world in which character assassination is as easy as posting a tweet or updating a Facebook profile.

It almost doesn’t matter that we never discover exactly what happened to Milan. What we do know is that if it were to become public,  his character would be draggd through the mud. Sticks and stones may break his bones but being called certain names could ruin him forever.

In the middle of this crisis, Lea appears stunned but beneath her pale pallor and implacable features you can sense the wheels turning as she kicks into damage limitation mode. Can she keep things from the media? She never seems to suffer a moment’s hesitation as she stoops to stealing evidence and offering bribes in a dangerous bid to ensure a cover-up. One friend calmly observes that “nothing ever comes to light in this country.”

Pia Zemjlic is very compelling as Lea, exuding a chilly determination. Her businesslike calm and grace under pressure convey a strong sense of a woman who will take control of the situation first and ask questions of her ailing husband afterwards. Keeping up appearances is what matters in the stress of the moment.

Nightlife proves to be a film that raises questions, stirs up concerns and leaves everything unresolved. That slightly diminishes the final impact of a film that consistently sustains the momentum of wanting to know what happens next. You could also envisage it providing ideal material for an English-language remake. A plum role for Julianne Moore perhaps?